California-based rockers, Night Riots (formerly PK), have announced that they will release their new EP, Young Lore on July 30th. NYLON Guys has premiered the title-track, “Young Lore.” Since the 2010 release of their first full-length album, Into The Roaring, Night Riots haven’t looked back. Rolling Stone Magazine dubbed them “one of the top 16 unsigned bands in North America,” MTV has aired the singles “Chase The Sky” and “Some Nights,” which became the fourth most viewed video on MTV.com, and MTV Buzzworthy called Night Riots, “One of the most critically overlooked bands of 2012.” Ready to unleash their new EP, Night Riots is making 2013 their year. You can download the title-track, “Young Lore” for free on the band’s facebook page, here: facebook.com/NightRiots.

On the title-track,Young Lore, frontman Travis Hawley says,”We wrote this track while at home in Paso Robles, California. We were invited to record at Hurley Studios with Dave Warsop and were able to finish it in a day. It’s a song about breaking out of the small town trap.” About recording the EP, Hawley expands,”We focused on performance, mood, and energy rather than getting every little part perfect. The end result is lush and moody and palpitating. This is the first time that we have released something that is more than just songs we wrote. These songs represent who and what we are.” Young Lore was produced by Aaron Rubin (The New Regime, Angels & Airwaves, Blink 182) and Eric Palmquist (Waaves, Trash Talk, Bad Suns) and was partially recorded at Hurley Studios.

Sonically Night Riots have been likened to a modern day The Cure and have been compared to bands such as U2, The Flaming Lips and The Killers without being overly derivative of any particular act. Unlike the rest of the members, vocalist Travis Hawley was born in the United Arab Emirates and lived in England for five years before moving to the U.S. His vocal style has often been compared to emotive European artists such as Robert Smith, Bono, and Danny Elfman.

“We’ve been friends since high school, the guys and I grew up in a small coastal Californian town with only one street light.” Says Hawley about the band which also features guitarist Nick Fotinakes, bassist Mikel Van Kranenburg, guitarist Matt DePauw and drummer Rico Rodriguez. Having moved on from their small town roots, Night Riots have since shared the stage with artists like Angels and Airwaves, Aerosmith, The Script, Youngblood Hawke, The Front Bottoms and many other bands throughout their U.S. touring expeditions.

In 2013 the band had to change its name from PK to Night Riots due to legal reasons beyond their control. “Everything has fallen into place, we have a new name that we are very excited about and new music that we are even more excited about,” says Hawley. 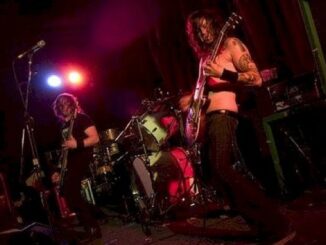 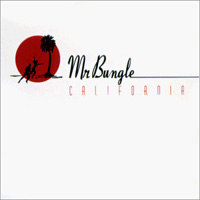