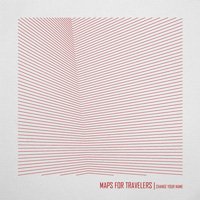 Change Your Name (No Sleep Records)
By Rick Ecker

Formed in 2010, Maps for Travelers released their first EP, Regress|Progress, in October 2010 to rave reviews in the underground. After rigorous amounts of touring and promotion, this Kansas City, MO, quartet signed to No Sleep Records and has released their debut full-length.

They kick off the album with “Good Life,” a track filled with power, aggression, gravelly vocals, and a punishing beat mixed with heavy guitar playing. All of this lays down the pattern for this heavy and terrific indie rock album. “Life On Repeat” takes everything from the first track and slows things down and makes the song so thick that if it was a milkshake, you couldn’t drink it. The next couple tracks keep everything tight and smoking hot, then you get the slower-paced and heavy track “Swoon” that starts off fairly calm and then bursts with energy and just grabs you.

“World On A Wire” is one of the best songs that I’ve heard in a long time, so much energy is in this one track that it just makes you want to sing, dance, jump around — just do something while listening to it. A ton of melody, terrific playing and vocals all meet up for an amazing song.

The last three songs have more texture and depth and are quite different from the rest of the album. “Figures In White” starts off like a blazing rock song, but then turns into a slower track with the band becoming calm, and then they give you a last blast of aggression. “All Your Friends” is a very atmospheric song with the feel of being out walking in winter with the wind blowing all around you, and “They’re Learning Fast” –with the prominent piano playing and the echoed vocals — make this relaxed and mellow song a fantastic ending to the album.

These ten songs will be ones that you will play over and over. This is one varied and fantastic release that should garner them a lot of new fans while pleasing their older ones.
(www.nosleeprecords.com) 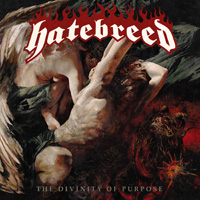 Hatebreed – The Divinity of Purpose – Review 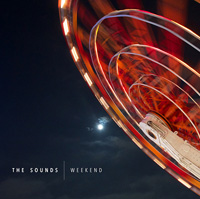 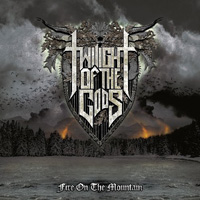 Twilight of the Gods – Fire On The Mountain – Review