Last time I saw these dudes (and gals, of course), they killed it back in 2000 at the Tattoo the Earth Festival (which, hilariously, stopped in MA before it was legal to tattoo in the state, so…stickers and henna tattoos for everyone!). I shouldn’t have worried that they might have lost some of their whirlwind energy in the years between. With song titles that would make Seth Putnam proud, Nashville Pussy is guaranteed to clear all the shit from your sinuses with all-business rock cleansers like “The South’s Too Fat To Rise Again” (now an inactive stream) and “Pillbilly Blues,” which is a lot like the first song, only with more steak sauce.
(www.spv.de) 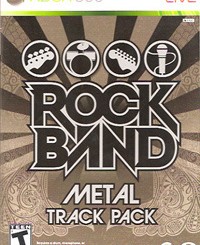