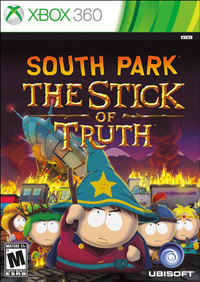 South Park: The Stick of Truth

In the years leading up to the release of South Park: The Stick of Truth, there wasn’t any question if the game was going to look good. It looked perfect – whether in still shots or in motion, it flawlessly emulates the style of the TV show. There also wasn’t any question if it was going to be funny. With series creators Trey Parker and Matt Stone writing it and overseeing development, it was a safe bet that it was going to exhibit the show’s trademark humor. There was really only one question that couldn’t be answered until now. Was the game going to be any fun to play?

Drumroll… it is. The game’s addictive battle system owes a big debt to Nintendo’s Mario & Luigi series of RPGs (which, as it turns out, are some of the only other mainstream RPGs that put an emphasis on humor and charm). Like the battles in that series, the clashes in Stick of Truth are turn-based but require a lot of player input, from correctly timing simple attacks and defensive maneuvers to memorizing the commands for more elaborate offensive moves. It keeps the battles from getting too passive or repetitive, and there are no random encounters as you and your crew (of show regulars) explore the town in search of the magical stick in the title. Stick of Truth also adds a lot more depth in terms of side quests and character/equipment customization, as well as constant opportunities to scour the environment for sellable loot (be sure to examine the trinkets before you unload them on a merchant – the descriptions are often hilarious).

One of the other things that the game deserves praise for is just how funny it is. It’s hard enough to come up with enough funny stuff to fill a half hour TV show, but it’s quite a feat to keep everything charming and irreverent for hours and hours, especially when the player can stray well off the intended story path. And like the show, the game ceaselessly and mostly successfully pushes the boundaries of good taste, offering up everything from AIDS and KKK jokes to sexually explicit gags and a “Jew” character class (alongside the prototypical fighter, mage, and thief classes). No other game is nearly this dangerous, nor adventurous, with its comedy, and Stick of Truth exposes just how stodgy and play-it-safe other games are by comparison.
(www.ubisoft.com) 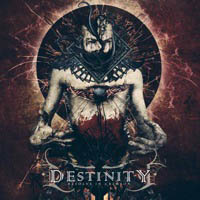 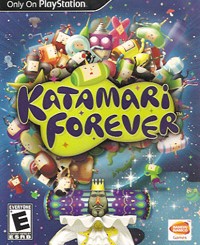