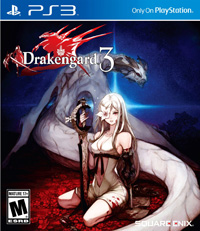 Anyone who has played the wild, wonderful, cult classic Nier since its 2010 release probably did the same thing I did when I finished it – rushed online to find out what crazy band of misfits made such a charming, off-the-wall adventure. Those names needed to be burned into my brain, not only for tribute but also so I could be sure to follow them, like a demented Deadhead, to their next project. That turns out to be Drakengard 3, the sequel to (but precursor to, story-wise) a pair of PS2 games. The principles of the Nier team are here – director Taro Yoko and, of course, composer Keiichi Okabe, whose gorgeous music was integral in bringing that game to vibrant life.

Drakengard 3 trades in the same quirky charms that made Nier so memorable, but doesn’t leave such a lasting impression. The thrust of the story is the main character Zero’s mysterious, red-eyed desire to kill her five sisters, who each have the same godlike powers she does. Along the way, the evolving relationship that Zero has with her precocious dragon and band of bizarre acolytes is nothing if not interesting, even if it often ventures into oddly sexual territory that alternates between cheeky and juvenile.

The boss battles against the sisters are definitely the highlight of the game, which is focused almost entirely on combat. Whether mowing down creepy dolls inside a hollowed tree or riding atop your dragon as you dismantle a floating fortress, these inventive battles are the best part of the adventure. Not nearly as much care was given to crafting the stages in between these clashes, which grow repetitive since they rarely deviate from the “clear a room of enemies and move forward” template. Since the combat mechanics, while serviceable, aren’t interesting enough to make long stretches of combat satisfying, the game feels like a series of highs and lows as you wait for its best parts – the boss battles and the over the top characters that reside in them – to periodically show up.

The game clearly has limitations in terms of its visuals, from the muddiness of many of the environments to slow-mo judder when too much is happening on screen. It makes up for its technical shortcomings, though, with some fascinating locations, from drowned cities to foggy forests. The music, while not up to the incredible standard of Nier, is similarly diverse, with electro/industrial and other ear-catching tunes interspersed amongst sparse, mournful piano ballads and rousing symphonic pieces.

Despite its shortcomings, Drakengard 3 should prove an interesting journey for fans of its creators’ previous work. The off the wall characters and dialogue are truly unique, and watching the team’s imagination run wild is entertaining, even if you wish they had spent a little more time making the final product a little less rough around the edges.
(www.square-enix.com) 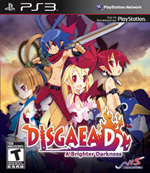 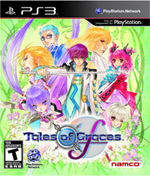 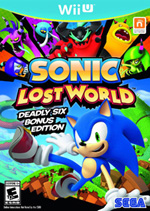