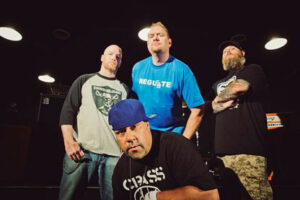 Hardcore punk vets Downset back with One Blood

Hardcore punk/rap metal veterans Downset recently announced their highly-anticipated return with an upcoming performance at the reveled This Is Hardcore Festival in Philadelphia, PA on July 27th. Now, the band can announce their full plans for 2014, which include a brand new album, entitled One Blood. Produced by Downset guitarist Brian Ares Schwager and mixed by Wesley Seldman, One Blood was recorded in three locations – Venice and Overland rehearsal studio in Culver City, CA, The Basement in Baltimore, MD, and Creating Better Sounds studio in Palmdale, CA.

“One Blood is Downset in its truest form, coming straight from our hearts to touch the hearts of others,” states guitarist and One Blood producer Brian Ares Schwager.

Downset was formed in 1992 in Los Angeles, rising up from the hardcore, hip-hop, punk rock and graffiti movements. In 1994, Downset released their first album, a self-titled release, on Mercury Records and followed up two years later with a second album on Mercury Records, entitled Do We Speak A Dead Language? Fast forward to 2000, when Downset released the Check Your People album on Epitaph Records, and a few years later released the Universal album on Hawino Records. Downset boasts an extensive touring resume, having performed with artists spanning several genres. Downset has performed with many bands throughout the years, such as Linkin Park, Korn, Snoop Dogg, Anthrax, Pantera, Slayer, Testament, Madball, Deftones, Earth Crisis, Ozzy Osbourne, Black Sabbath, Machine Head, Coal Chamber, System of a Down, Slipknot, Hatebreed, Slayer, Sepultura and Soulfly.

This year’s One Blood will continue the epic tradition that only Downset can truly express –  hybridizing hip-hop and crushing riffs with lyrics that touch the world dramatically. The unique style of music on this release will remind listeners of Downset’s critical position in this contemporary era of art, expression and music. 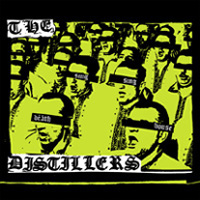 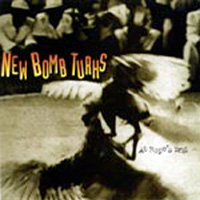