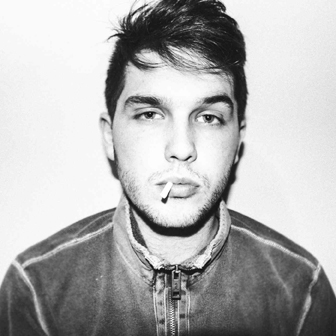 Seattle’s Low Cut High Tops is the identity of 23-year-old musician and art school dropout, David Burns.  Fresh on the scene, he released his first single and video for “Red Lipstick” with VICE’s Noisey earlier this month to critical acclaim.

“I wanted to do something musically with a genre I don’t listen to and know very little about,” he explains. “I’ve never sung before, played guitar, or really recorded any organic instruments. I wanna show people that one person with an unusual voice can make a great rock record all by himself.”

Eh, Whatever is a 10-track collection of swaggering electronic-infused punk rock.  Recorded in his bedroom, Burns had a hand in every step of the creative process –writing, recording, producing, mixing, and even making his own music videos.  Low Cut High Tops is set for a big year in 2016 – stay tuned!