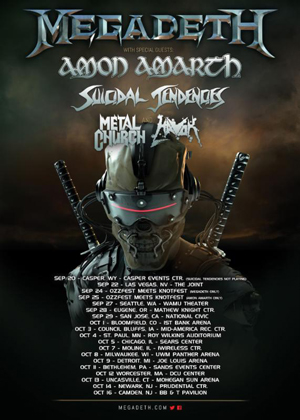 Amon Amarth comments: “We are proud to be supporting the legendary and mighty Megadeth on their U.S. tour in September! Sharpen your blades and bring out your drinking horns, ’cause this will be a brutal show that no true metalhead should miss! Raise your horns!”

During the tour, Amon Amarth will also join the likes of Slipknot, Slayer, Anthrax, and more on Sunday, Sept. 25th for the annual Knotfest. See below for all dates!

Amon Amarth will be touring in support of their recently released new album, Jomsviking. As the band’s first concept record in their storied career, Jomsviking tells a tragic, original tale of conflict and revenge, backed by the Swedes’ trademark melodic, anthemic metal – which was produced and mixed once again by Andy Sneap (Megadeth, Testament, Accept). For their efforts, Amon Amarth landed on the global charts (including a #11 spot on the USA Current Album Billboard Chart!).

Amon Amarth – Versus the World – Review 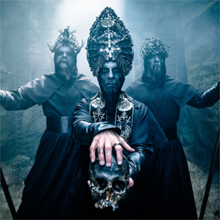