Writing about music is often focused on the future. Finding the next big band, and finding them before anyone else, seems like the central goal of many writers, and reviews of young bands usually spend as much time talking about potential or possibility as they do about the music that’s already here. So it’s fun to discover something like Tokens For Hell, the final release from Austin, TX’s Sweat Lodge. This four-song EP isn’t designed to push their popularity to the next level or get them on an alternating album/tour/album/tour career path. It’s their swan song, as everyone involved has already decided to put the band on hiatus and go raise kids or pursue other projects. We can just enjoy these fuzzy, psyched-out songs in the moment. The Sabbath and stoner influences are easy to hear — “Lost The Sun” begins as a beautiful channeling of “Planet Caravan” before venturing into new territory. But there’s also plenty of Electric Wizard’s menace running through these songs (“dead inside, I guess life goes on” says the leadoff track), and a cover of ZZ Top’s “Precious and Grace” fits right in. Adios, amigos.
(brutalpandarecords.com) 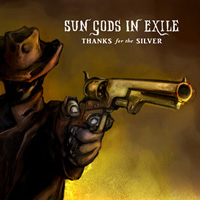 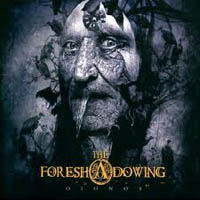