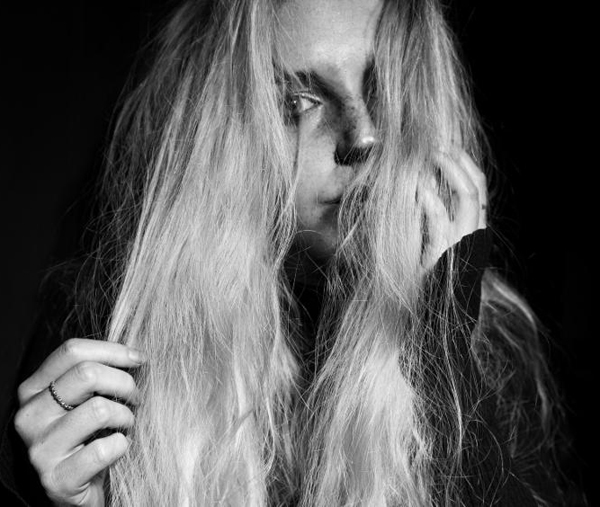 Scandinavian blackened ambient multi-instrumentalist Sylvaine – the musical moniker of Kathrine Shepard – has been nominated for the Spellemannprisen, often referred to as the Norwegian Grammy Awards, for her stunning Atoms Aligned, Coming Undone full-length, released late last year via Season Of Mist. Sylvaine is the first ever female artist to be nominated for the award in the Metal category since they added the category to Spellemannprisen in 2001. A full list of nominees can be found HERE.
Sylvaine comments, “It’s an incredible honor for me to be nominated for this year’s Spellemann prize in the Metal category! I’m beyond grateful to have Atoms Aligned, Coming Undone up there alongside three other great Norwegian metal releases from last year. It’s the very first time a woman has been nominated in this category, let alone a ‘one woman’ solo project like Sylvaine, making it an even more exciting and special thing to me.”
Sylvaine released her third full-length, Atoms Aligned, Coming Undone, in November of 2018. Serving as the sole composer of both its music and lyrics, Shepard — who holds a bachelor’s degree in Musicology from the University of Oslo and has done session work with Alcest, Autumn’s Dawn, and Clouds — manifests a seamless balance between serenity and chaos; between an outside and an inner world; between our human life and the spiritual origins.
Together with recording and mixing engineer Benoît Roux (Alcest, Shane Cough, Anorexia Nervosa) and her two session musicians — her father Stephen Shepard and Stéphane “Neige” Paut (Alcest) — and mastering engineer Jack Shirley (Deafheaven, Oathbreaker), Atoms Aligned, Coming Undone finds Sylvaine pushing the duality between beauty and extremity further than ever before, bringing the concept behind the project to new heights.
With a name derived from the word “sylvan” an adjective associated with the woods or a woodland setting and “Verlaine,” among Shepard’s favorite French poets, Sylvaine was created in an effort to explore the extreme range of emotions human existence has to offer. “We are all from somewhere else and just placed in this human existence to learn,” notes Shepard. “As we enter this plane, we become disconnected with the light we were before and will become after our life cycle on Earth again, which can lead to a lot of different struggles and challenges on the way, leaving me personally with this void; a sense of profound loneliness, which cannot be explained or resolved.” Sylvaine serves as an emotional catharsis for Shepard, revealing the eternal longing for something more residing within its melodies, capturing the feeling of being trapped and restraint by the human form.
Stream Sylvaine’s cold and icy Atoms Aligned, Coming Undone in full at THIS LOCATION.
Atoms Aligned, Coming Undone can be ordered in various formats via Season Of Mist at THIS LOCATION.
Atoms Aligned, Coming Undone Track-Listing:
1. Atoms Aligned, Coming Undone
2. Mørklagt
3. Abeyance
4. Worlds Collide
5. Severance
6. L’Appel du Vide
Sylvaine Recording Lineup:
Sylvaine (Katherine Shepard) – vocals, guitars, synthesizers, bass, drums, percussion
Stephen Shepard – session drums on tracks 3, 5
Stéphane “Neige” Paut – session drums on tracks 1, 2, 4, 6
http://www.sylvainemusic.com
http://www.facebook.com/sylvainemusic
http://www.twitter.com/sylvainemusic
http://www.season-of-mist.com
http://www.facebook.com/seasonofmistofficial
https://www.instagram.com/seasonofmistofficial
https://twitter.com/SeasonofMist 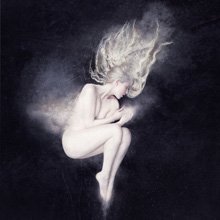