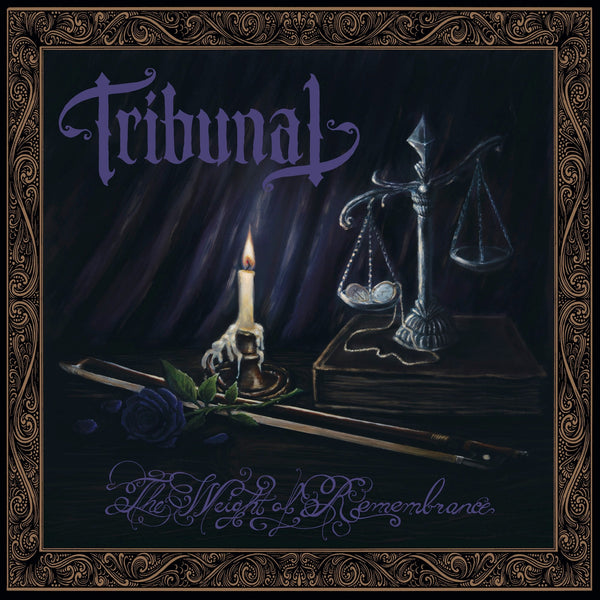 Tribunal releases The Weight Of Remembrance

As 20 Buck Spin prepares to release the melancholic and entrancing The Weight Of Remembrance debut LP from Vancouver-based Tribunal in January, an official video for the record’s second single, “Without Answer” has been issued.
Featuring classically trained cellist/bassist/vocalist Soren Mourne and guitarist/vocalist Etienne Flinn, Tribunal’s brick-heavy classic doom riffage borders on death metal heaviness, like My Dying Bride filtered through a colossal stained-glass edifice. The sound is instantly familiar with nods to the ’80s and ’90s, but never sounds retro or like mere homage. Rather, The Weight Of Remembrance evokes the feeling of a painstakingly composed orchestral movement fit for a crumbling cathedral overgrown with moss. The duo frequently trades off vocals alternating between haunted wailing cleans, scathing black-metal style shrieks, and dread-filled death calls.
The Weight Of Remembrance features additional contributions from several other talented musicians, including drums by Julia Geaman, additional drums on “Apathy’s Keep” by Magdalena Wienski, piano on “Remembrance” by Claine Lamb, and additional vocals by Rory Say. The album was recorded by Tribunal, except for the primary drums which were recorded by Andrew Conroy at Fifth Chord Studios, and Wienski’s drums which were recorded by Violetta Macri at CJSF, after which the songs were mixed and mastered by Markov Soroka. The beautifully painted cover artwork was created by Soren Mourne, with lettering and frame by Karmazid, photography by Liam Kanigan, and layout by Dan Fried completing the presentation.
Watch Tribunal’s “Without Answer” video now and stream the track at Bandcamp here.
The video for “Without Answer” was filmed and directed by Erik Gustafson with production manager Gabrielle Gustafson for Erik Gustafson Cinematography. The band offers, “‘Without Answer’ is a lament for a loss of community and loss of faith, and the empty space that remains after. Musically, it is one of the most representative tracks off The Weight Of Remembrance, featuring melodies and harmonies shared between cello and guitar mixed with aggressive riffs, and an even blend of clean and harsh vocals. ‘Without Answer’ was one of the first songs we wrote for Tribunal, beginning in mid-2018. It has evolved significantly over the years and found its identity in the darker, more despairing version that appears on the record.”
20 Buck Spin will release The Weight Of Remembrance on LP, CD, CS, and digital on January 20th. Find preorders through the webshop here and Bandcamp where the lead single “Apathy’s Keep” is streaming here.

The Weight Of Remembrance track listing

1. Initiation
2. Of Creeping Moss and Crumbled Stone
3. Apathy’s Keep
4. Remembrance
5. A World Beyond Shadow
6. Without Answer
7. The Path

Tribunal has also confirmed a set of tour dates throughout British Columbia in February. Watch for additional previews of the LP to post shortly, and for the band to announce additional live performances throughout 2023.
Tribunal Canadian Tour Dates:
2/17/2023 The Waldorf – Vancouver, BC
2/18/2023 Wicket Hall – Victoria, BC
2/19/2023 Jackknife Brewing – Kelowna, BC 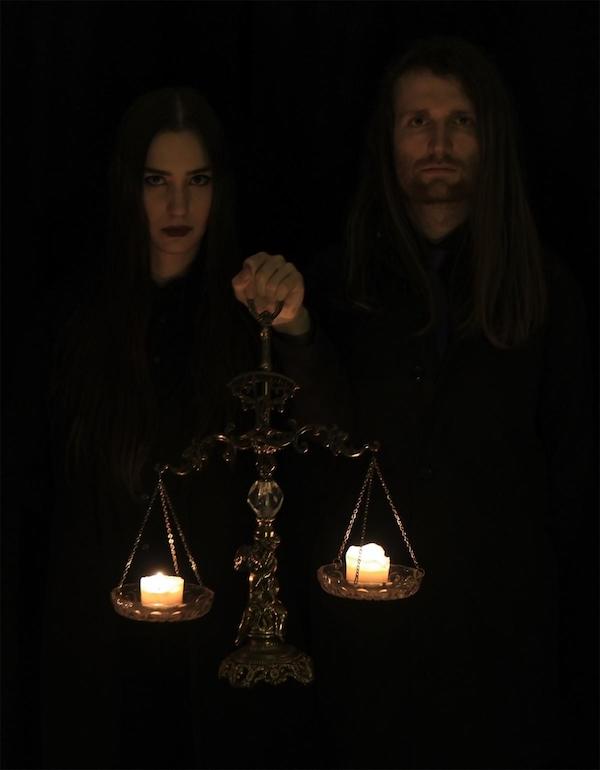 About Tribunal:
Tribunal may yet be unknown to the wider world, but their spellbinding The Weight Of Remembrance is poised to immediately change that. Steeped in the black velvet finery of Gothic doom metal, the band weaves dark tales of ultimate judgement, never-ending rain, and forsaken despair.
Tribunal’s debut is an essential addition to the modern doom canon, one which can expand in infinite musical directions from a base of crushing tragic heaviness and forlorn purpose. In that sense, The Weight Of Remembrance has the accomplished atmosphere of a band beyond their years in the scope and execution of its vision. Fans of My Dying Bride, Candlemass, Type O Negative, Paradise Lost, Occultation, Dream Unending, and Pentagram should not miss out on Tribunal.
Links:
Instagram
Facebook 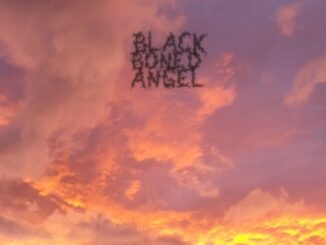