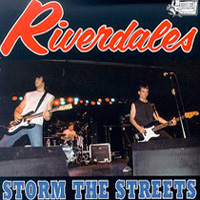 An interview with Ben Foster-Weasel 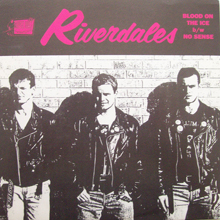 While the hockey motif is well worn (“puck rock” was funny the first coupla times we heard it), at least they play it energetically. 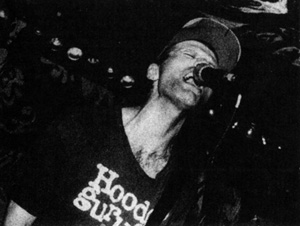 While the tempo of their moron punk is up to par, it just doesn’t seem as convincing. They blast through the songs, but it seems like habit, not passion.

Riverdales keep it simple: No excessive harmonies, no tricky time changes, and few variations in tempo, key, and beat. Yet the songs are instantly catchy. 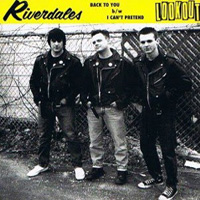 Riverdales are a post-Screeching Weasel project, with Ben Weasel singing on the B-side (“I Can’t Pretend”) and Dan Vapid on the A-side.