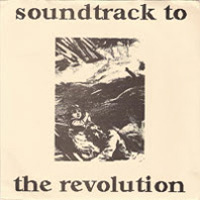 Will To Live
by unknown

Knockdown is a Marlboro/Northboro based straight-edge hardcore band. Right now, the lineup consists of Dicky on vocals, Aaron on guitar, Tre on bass, Adam on drums, and Scott on second guitar. They’ve been together for about a year and a half, in one form or another. They released a five song demo about a year ago, after being together for about two months. Since then, they’ve been signed to Exchange Records in Boston. They are releasing a 7″ in about two months. It will have three songs on it, “Will to Live,” “An Intro,” and “Crutch.”

The 7″ is packed with emotional new school and old school styles of hardcore. “Basically, the messages that we try to express in our songs are things and events that have happened to us or our friends. We have very strong feelings on Straight Edge, vegetarianism, and veganism.” In the past six months, they’ve played many shows in the Boston and Worcester areas, and are always looking for more shows anytime, anywhere. They recently played a show in Worcester that went over rather well. With the exception of severve equipment failure. Their next show is June 20th, at the Quinigamond Village Community Center, in Worcester. They’re also arranging a tour this summer, covering much of the East Coast. They’ll be appearing with Converge. Check out their 7″ in select hip record stores, or send $4 to:
Knockdown – 43 Essex St. Marlboro, MA 01752.