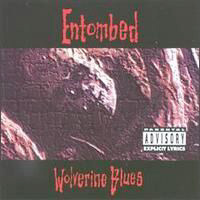 If you believe that all is well in the swell country of Sweden, think again. From the land that brought the world the syrupy sweet sounds of ABBA and those really safe and boxy Volvos comes one of the best death metal bands in existence: Entombed. They prove that they can crush any other contenders in the genre. You see, Entombed have great hooks ‘n’ grooves, a sharp sound, and a vocalist with a twisted roar that you can actually comprehend, unlike the razor/glass swallowing crooners of the average death metal fare.

Entombed have created a new aural monstrosity (in the complementary sense, of course) entitled Wolverine Blues. It’s an album pulsating with spine-splintering songs and a guillotine-like sharpness in sound. After two other impressive deathy albums, Left Hand Path and Clandestine, Entombed continue to prove that they are masters of mayhem and the macabre. Their songwriting ability and musical skill have even been more honed. Quite a feat for musicians who are usually doomed to repeating the same old white-noise, “sacrifice you to lord Satan after I cut you up in pieces” kind of music. I never thought I’d see it, but these guys have infused a real rock ‘n’ roll feel with their deathy sound. This is music that makes Metallica’s most recent outing sound like a Barney soundtrack.

With Wolverine Blues, Entombed have broken free of their grave and actually sing about topics that aren’t solely satanic or dismembering (though without a lyric sheet, I can’t be sure just what these fellows are singing about). With song titles like “Eyemaster,” “Contempt,”and “Hollowman,” Entombed seem to be utilizing some “hardcore” themes of societal alienation as well as some of the chord structures. And to embellish their fiery sound, they have added choice sound bites to further add a twist to their savage brew.

It’s amazing that a band can take a step further than the ultra brutishness of a great band like Metallica or Megadeth, but Entombed have done so without sounding like a typical growl-groan-gargle sort of death metal or grindcore act. Wolverine Blues is likely to get Entombed more recognition in the metal dominions.

Psst! Watch for a CD sized comic of Wolfy with the CD when it comes out Jan. 25th. 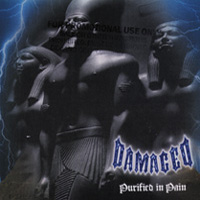 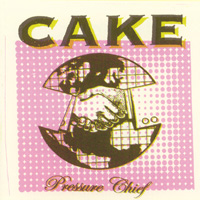 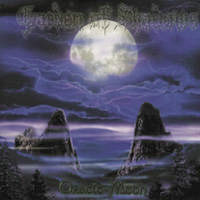