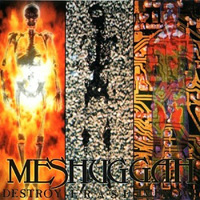 It was on the compilation Nuclear Blast 100 that Meshuggah surfaced with a new lease on life, a new style, and a second guitarist. “Aztec Two-Step” showed that these Swedes had other interests as far as their music was concerned. Progression allowed an industrial-type experimentation within their metal edifice.

This style was honed to a sharp edge with the release None, the EP that shocked the metal industry. While None continued to further the band’s start-stop-start industrial metal, it is with the release of Destroy, Erase, Improve (Relapse/Nuclear Blast) that we’re able to see their entire panorama. This 10-song opus lends itself to a Blade Runner-esque atmosphere that will leave cyber-metal heads virtually catatonic. The problem with Meshuggah’s cyber-thrash? By the latter half of the album, my circuits tend to short out. Maybe Meshuggah are still in their primitive stages with Destroy, Erase, Improve. It doesn’t necessarily have to improve, just evolve. 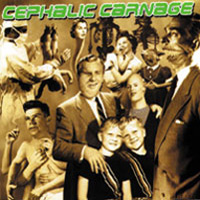 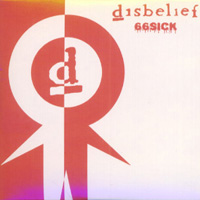 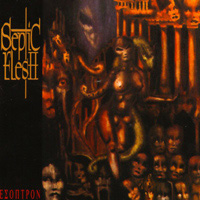