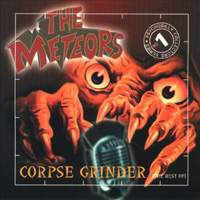 There comes a time in all of our lives when we hit the dark middle of our souls and wallow in the inky blackness of the void, our only companion a bottle of something, most likely tequila or bourbon. As you flail around in the muck of yourself, there’s only one thing that could be the soundtrack to your personal winter’s night: The music of The Meteors.

It seems at first glance that psychobilly, with its uptempo beats and deliberate country twinge would not be the music for a depressed, drunk soul raging against itself, but listen closer. You can hear the icy winds of desperation on every track of Corpse Grinder (Cleopatra), the strained howl from P. Paul Fenech’s throat, the gritty reality of concrete floors and broken glass. The music is just a mask for the gaping emptiness that begs for the razor and the pills. This explains why you’re lifting the bottle to your lips again, just to feel the soft churn in the pit of your stomach, desperately trying to rid itself of the alcohol that’s soaking into your blood.

Needless to say, this ain’t The Cramps. The Meteors were the band that defined the excesses and agony needed for psychobilly. They were the first ones to delve into that countrified insanity that drives us all to the edge, heedless of what lies ahead, as long as it isn’t where they are now. Corpse Grinder is a collection of A and B sides from 1984 to 1989 and proves once again that there ain’t nothing like the real thing. 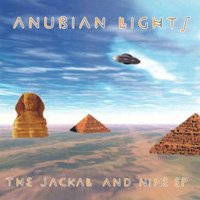 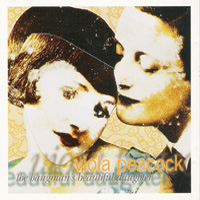