The 11th annual Boston Film Festival was a lot like watching cult videos on a rich kid’s parents’ projection screen, except the theaters stank of popcorn and the sounds of Cambridge intellectuals getting deep about movies. I persisted for two weeks and saw the festival in its entirety. Is this yet another elitist art-puke gathering of deep people with too much money? Yes.

Drunks – A USA Movie of the Week about an AA meeting. None of the AA meetings I’ve been to have had beautiful people like Faye Dunawaye. When a promo says the cast is “distinguished,” it means they’re old and boring.

Sweet Nothing – A movie about yuppie crack addicts. I wanted the characters to die.

301, 302 – The first interesting movie I saw in the festival. A surgically clean Japanese suicide/murder film, with a twist of the Cook, the Thief... etc, and Fatal Attraction (a puppy mutilation that blows away Fatal Attraction‘s bunny scene). Go if you think David Lynch is fun to trip to, and you’re not a member of PETA.

No Loans Today – America is a lousy place to be black. Didn’t we know this? The third world is in our backyard, and we ignore it. Have you watched NightLine lately?

Which Way East – Learn how to shoot before you make another nauseating film.

Doom Generation – Greg Araki prefaces this as being a “heterosexual film.” I think this movie can be enjoyed by all sexual preferences. The only prerequisite is that you’re a sick motherfucker in need of therapy, on the edge of a homicidal spree through suburbia. If you hate Keanu Reeves, go see this movie. There’s a character who looks like Keanu, and his demise is brutal and… well, brutal.

Things To Do in Denver When You’re Dead – Andy Garcia plays Jimmy the Saint, a gangster with a heart of gold. He runs a video business that records the advice of terminally ill people so that their families can “connect” with them after they’re dead. Is there really a service like this? Wow, multi-fucking-media at its most useless. Andy Garcia does not get the babe in the end, he dies, alone. The message is clear: Fuck the tragic hero who dies, all hail the slimy bastard who lives.

Interlude: At this point, I was sick of seeing bad movies that didn’t move me. The guy at the ticketbooth sympathized with my plight of being stuck with a booklet of tickets that cost me $65, for films that I had no desire to see. He let me see Mortal Kombat instead, bless his heart. Mortal Kombat wasn’t as violent as I thought it would be, but after six days of film festival crap, this was an entertaining break.

Gazon Maudit – The plot of this film is excellent. The star, writer, and director, Josianne Belasko, is great. She introduced her film at the premier in broken French/English that was as charming and funny as her film. This is a sexual comedy of errors that made me laugh. I cared about all the characters. This was my vote for the best film of the festival, but, of course, no one asked me to judge the festival so who cares? You do? Go see the movie.

Headless Body in a Topless Bar – With a title like this, I expected fun, not psychobabble. Nutcase holds up a strip joint and there’s a headless body involved… don’t ask, just go out and support your local dancers. Spend your money at a strip bar rather than on this movie.

Frankie Starlight – A film by the director of My Left Foot in which Gabriel Byrne and Annie Perlaud give more than plausible performances. Corban Walker is Frankie, a dwarf. His love of stars and astronomy made me yearn to leave this miserable planet.

Leaving Las Vegas – Nicholas Cage as an alcoholic. (This is the 12-step festival.) He meets a hooker played by Elisabeth Shue. Leave Las Vegas and go to hell.

Without Air – Shay is a junkie. She sings in a band. Coming soon… fuck off.

Mushrooms – Grandma was a cannibal. Some good sick humor here, if you like twisted Australian films this may be for you.

The Return of the Texas Chainsaw Massacre – RRRRRRRRRRRRRR-eeeoonnh.

A Month at the Lake – If Uma Thurman makes you wet, rent Pulp Fiction. Vanessa Redgrave is a great talent, yet this film is too predictable for words. It’s a shame.

Interlude: The guy who let me in to see Mortal Kombat let me see The Prophecy. Christopher Walken should have played Satan. Eric Stoltz is great, I just saw Killing Zoë on video. I also saw Desperado. The sound in this movie is chest-thumping killer gun noises, and wait for the cartridges to hit the floor. I wish it ended in the same style as Butch Cassidy and the Sundance Kid – a slow fade to sepia, still frame and the sound of gunfire. The ending of Desperado was great, but then it kept on going… if you see it, you’ll know what I mean. Oh, guitar players are scary.

Vukovar – This made me cry. The news of the Serbo-Croatian-Bosnian horror is not as personal as this film. If all those stories could be heard, we might avoid WW III in Europe. Civil War is the most bloody kind of war; read the Baghavad Gita for ancient example.

Blue in the Face – From the creators of Smoke. Harvey Keitel as Auggie, and cameos by Jim Jarmusch, Michael J. Fox, Madonna, Roseanne, Lou Reed, and a ton of other recognizables. Harvey Keitel can’t make a bad film.

Live Nude Girls – Thirtysomething women will love this post-sexist story about childhood friends at a bachelorette party. The stories were as real as Hollywood can make them. This movie made me laugh out loud.

Epilogue: This was the last film in the Film Festival, and so I guess it ended on a positive note. Many films were so stupid and boring that they’re not even worth mentioning. Boston’s young filmmakers need a forum to express their visions, not to mention a place to get inspiration. All I ever hear is “I’m moving to (A) New York (B) L.A. (C) Berlin” from any of the people involved in independent film in this town. Come on people, grow some balls. 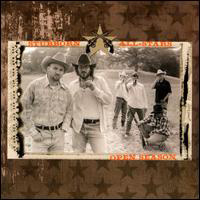