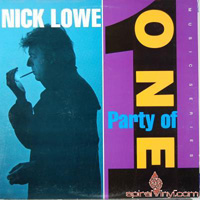 Party of One (Upstart)
by Mark Phinney

I’m from the old school, listening to the maestros since back in the day. The smarty-pants sounds of Elvis Costello, Dave Edmunds, Graham Parker, and the granddaddy of the pack, little Nicky Lowe. Nick was always the head of the team, pub-rock’s own Chairman of the Board, yet in the past five years or so he has taken a back seat, the one behind the boards, producing more than performing and recording. So he’s back, in true Edmunds fashion, and man, are his footprints all over this one.

Party of One is not a great effort, yet is an effort, and that counts for something, doesn’t it? I don’t think that I could trash Nick in my usual trash fashion, but I will say I’m glad this CD was given to me and I don’t have to purchase it and once again learn from my mistakes, like that last Def Leppard CD. This is the Nick Lowe country album, and the only thing that lets Nick stand alone and justify this fall into a now very kitschy arena of music is that, one, he does it better than most of the country crooners today; and two, he’s been doing it long before anyone ever heard of Garth Brooks. If you think back to, say, 1984, you’ll recall that Mr. Costello did the same thing on Almost Blue. Nick and Dave got together and have given us a blend of older rockabilly with a big band sound thrown in, all wrapped up in a country album. Maybe it’s not the greatest, but it’s not that bad either. Sorry, Nick. That’s all I can give you, old friend. 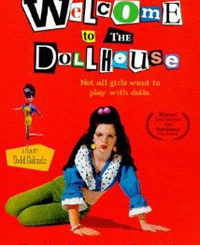 Welcome to the Dollhouse – Review 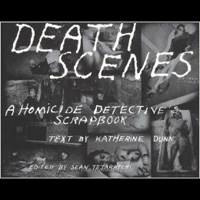 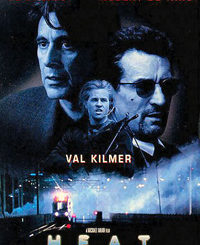