Rocket From The Crypt

with Rancid, The Showcase Showdown at Avalon
by J. Lianna Ness

Extra! Extra! Read all about it! Sex Pistols Re-Unite! Hey Johnny, remember Winterland Ballroom, San Francisco, 1978? “Ever get the feeling you’ve been cheated?” Didn’t the Pistols break up when the media turned them into a circus sideshow? Hey kids, the circus is coming back to town!

The Showcase Showdown are Boston’s best punk band, sounding like a hyper-kinetic cross between the Dickies and the Dead Kennedys. Although they played at a pace that exceeds the legal speed limit, the audience just sort of stood around throughout their set. When guitarist Tom Cloherty broke a string and had to re-tune, the crowd heckled him. He retorted, “I saw Sonic Youth do this for an entire set.” Touché! Of course, the joke went over everyone’s head. Yeah, where were you in 1991?

Rocket From The Crypt, an astounding six-piece ensemble (seven, if you count the backup-singer/go-go guy who came out and displayed a prowess for funky white-boy ’80s new wave dance moves) from San Diego, played next. With matching black western shirts, they came out and just fuckin’ rocked. The two-man horn section fit right into place alongside the heavy percussion, loud guitars and pounding bass. Festive, frat party psychobilly punk – the musical equivalent of a sugar rush.

Rancid blasted right into “Roots Radicals” and mass hysteria ensued. Although I didn’t want to like Rancid (I’m old, set in my ways, and I’ve already listened to my Clash, Exploited, and Stiff Little Fingers records a hundred times), I have to admit they were really fun and energetic. There was a huge pit, but I just don’t know about these kids today. Why, back in my day, everyone stagedived, regardless of the rules. I remember a time when rules were meant to be broken. “Punks” today seem so passive, polite and complacent in comparison.

Lordz of Brooklyn – with Sugar Ray, Korn at Axis – Review 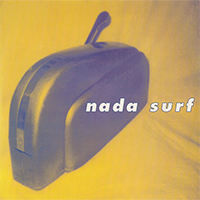