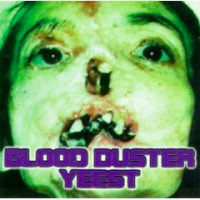 The beauty of Yeest is that the samples of B-horror movies and the rudest of porn are used only as intros. The songs are therefore independent of the cheap-shot sampling often used to fill-out a mediocre song. Blood Duster are as tight a band as the pussies they defile, and as accomplished musicians as the psychokillers they glamorize. Not surprisingly, early Napalm Death and early Carcass rate high on the list of influences – but Lynard Skynard, Johnny Cash, and the Charlie Daniels Band may seem to be a big stretch. But yes, Blood Duster has a “rock sensibility” that will delight and impress listeners. “Northcote” has a combination of chunky riffing, real head-bangin’ grooves, intricate drumming, and a pleasant mixture of death-growling/roaring and the hot-poker-in-the-eye screech of screamcore. Not to mention the self-production is amazing. Other songs of note, for reasons too repulsive and varied to be listed, include “Chuck,” “Showered in Affection Pt. 2,” “Vulgar Taste (of Rotten Cunt),” “Kill, Kill, Kill,” “Sadomasifuck,” “Knee Deep in Menstrual Blood Pt. 2,” “Gimme Some Lovin’,” “Raping the Elderly,” “Anal Feast,” and “Fistin’ the Dead.” This is one album you’ll be pulling out for years to come as you make mixed tapes for your friends who don’t get out much. 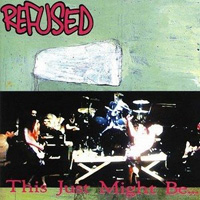 Women of the SS – at The Middle East Cafe – Review