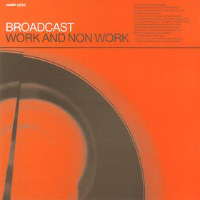 The sixties revival is to the actual sixties what M*A*S*H was to the Korean war – an initially fun, diverting thing that ended up dragging on several times longer than the subject itself did. From the Furthur festival to the sudden re-proliferation of shops flogging beads, patchouli oil, “tobacco-only” pipes the size of hot water heaters, and black light posters of Jimi servicing Janis with an empty Southern Comfort bottle while Jim Morrison watches, all evidence points to the fact that, just like an untreated strain of San Francisco beard crabs, the damn decade will never die. Fortunately, it has been my pleasure to note that the past few months have seen a resurgence in one of the cooler (not to mention less hirsute) parts of that much-maligned period, the post-Rubber Soul, pre-Sgt. Pepper interval of Nehru jackets, go-go cages, and the world as seen through National Health spectacles behind dangling pudding-bowls. Granted, the gestalt of that moment was, if anything, even more vacuous than what followed, but let’s put it this way: Given the choice, would you rather listen to the Dave Clark Five or Ten Years After?

As you undoubtedly know, Mike Myers’ surprise hit, Austin Powers – International Man of Mystery (Hollywood), has done much to bring the crushed velvet underground back to popular prominence, and the film’s soundtrack runs dayglo red with the work of contemporary artists mining the paisley vein, with some bona-fide period artifacts thrown in for legitimacy’s sake. Naturally, it’s cheesy stuff – period-correctness requires that no one seeking depth or significance need apply – but the virtue of the finest cheese is that it ripens beautifully with time. Sublime curds abound in three varieties: 1) originals from modern modsters (Edwyn Collins‘ flute-happy wink to the era, “The Magic Piper (of love),” replete with the “There She Goes Again” riff played “The Good Humor Man He Sees Everything Like This”-style;The Cardigans‘ pre-“Lovefool” Swede-jane confection “Carnival”; tunes from Luxury and Space), 2) parodic period pastiches (Ming Tea– actually a mock-supergroup featuring Myers,Susanna Hoffs and Matthew Sweet – performing an agreeably silly ode to pre-satellite English channel surfing, “BBC”;The Wondermints‘ horny [as in brass-heavy, sickie] paean to the titular hero; the funkless ‘delia of George Clinton‘s incidental music), and 3) songs retrieved from the epoch, both covered and rediscovered. If this is the vanguard of a renewed interest in sixties pop, I say right on, captain – especially since the all-time bubblegum-as-windowpane classic, the Strawberry Alarm Clock‘s “Incense and Peppermints,” is prominently featured (no reunion tour, though, please), and Burt Bacharach gets to advance his comeback with a duet (quintet?) with The Posies (“What The World Needs Now Is Love”) and a reverent take on “The Look of Love” from Ms. Hoffs (though somebody shoulda dug up her obscure rendition of Dylan/Nico’s “I’ll Keep It With Mine” instead). Nice remake of “You Showed Me” by The Lightning Seeds and cool instros by Sergio Mendes & Brasil ’66 and Quincy Jones as well. (The Divinyls‘ “I Touch Myself” sticks out like a sore, er, thumb in this context – anachronistically straightforward where sixties wank-odes were more “Gimme another entendre, barkeep, and make it a double, straight-up [wink, wink] and keep ’em coming [nudge, nudge]” – but if it means the video might make it back into heavy rotation [if you catch my drift – that’s okay, I’m not sure I do either], I’ll let it pass.) 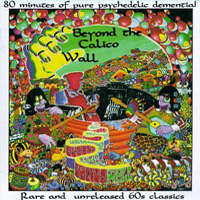 Beyond the Calico Wall – Review 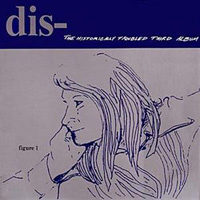 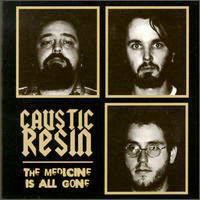 Caustic Resin – The Medicine Is All Gone – Review