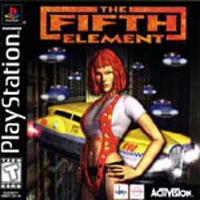 (Activision for the PlayStation)
by Jason Carr

The best of two worlds, an enhanced Nightmare Creatures engine and the blockbuster movie, The Fifth Element, combine to make one of the year’s best action-adventure games for the PlayStation.

Step right up and enter the race to save the universe from the ancient primordial evil and his henchman, Zorg. It won’t be hard. All you have to do is navigate through 16 non-linear levels in four beautifully rendered worlds spanning from New York City to the edge of space and back to Egypt while mastering two extremely different sets of character abilities and defeating 23 unpredictably clever AI enemies. Easy.

OK, not easy, but the stunning backgrounds, fluid animation, and digitized renderings of the movie and soundtrack make it fun to watch your ass get torn to shreds. And you even get two sets of buttocks to take the pounding: The witty and buff master-of-weaponry-turned-taxi-driver, Korben Dallas, or the beautiful, intelligent, agile master of martial arts, Leeloo. All the while Ruby Rod is there to comment between levels and lend his singular humor to the quest to save all life. 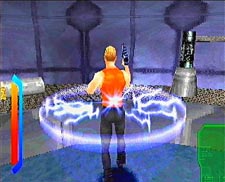 The controls might take a while to get used to (especially the numerous possible combos for Leeloo), but with enough practice, the game is extremely fun (and frustrating as all hell). Unlike the other games reviewed, one must be sober to accomplish anything other than being smeared, singed, or vaporized.