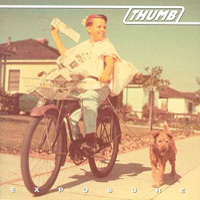 As a relatively proficient world traveler and bon vivant, I think it’s fair to say that I’ve developed some rather keen observations on other cultures in the course of my journeys. While some might argue that these observations reek suspiciously of trailer parks, Hostess Twinkies, and a plentiful consumption of MD 20-20, I’ll dismiss those concerns for the moment and lay down the following as self-evident: The French stink, the English have bad teeth, and Germans couldn’t sing themselves out of a soggy paper bag. If further evidence is needed (although I haven’t a clue as to why that might be), I’ll just point out Nina Hagen, Einstürzende Neubauten, and Kraftwerk as exemplary cases of the German “pop” scene (not, of course, implying that the author or editors of Lollipop have anything against the German “pop” scene).

It comes as something of a shock then, having so adeptly proven my point, to plop Thumb‘s sophomore effort, Exposure, into my CD player and be rewarded with ex-competitive skateboard jock Claus Grabke’s powerful voice raging with a speed, intensity, and emotion that belies the German musical scene’s penchant for conceptual grunting. Sure, Claus is no Whitney Houston, but so what? If he were, you’d probably be reading this review in the pages of Transgender, not Lollipop (not, of course, implying that the author or editors of Lollipop have anything against gender manipulation).

Instead, Claus and the other members of Thumb have woven a postmodern tapestry of punk, rap, and industrial that hangs on the wall like an Anselm Kiefer triptych (and to think that my parents complained about my pursuing a liberal arts degree). Elements of Tool, Helmet, the Deftones, and Rage Against the Machine weave in and out of the aural landscape of Exposure with the same polished college-AOR sound that, while vaguely offending to more purist sensibilities, nonetheless should guarantee them some well-deserved airplay – or at least a couple of stickers pasted on the rear window of Junior’s Pathfinder.

Lyrically, Thumb manages to refrain from the usual chest-thumping associated with most Victory bands, while also managing to avoid the trust-fund radicalism of the aforementioned Rage Against the Machine. One can’t help but wonder whether, had they’d chosen to sing in their native tongue, they might not have reached the idealistic plateaus of Fugazi. Instead, in “Cavemen in Disguise,” we get a well-meant, but not so well-constructed, tirade against carnivores: “We ate a whole lot of meat in our family, but one day, ’round about 1984, it hit me like a rock, I couldn’t eat it no more! Those screams from the slaughterhouse, they woke me up real fast, they turned my inside out. I realized my personal taste had a high price, for ev’rytime I ate, somebody had to die, but why?” Well, perhaps it’s because you’re from Germany, where the only real non-meat alternative is cabbage. Faced with that reality, even Ian MacKaye might have joined the Texas cattlemen’s suit against Oprah Winfrey.

As a side note, Exposure is an enhanced CD-ROM for both Macintosh and PCs. Although the panoramic tour of Thumb’s recording studios is amusing if you have nothing else to do with your life, the installation process did not make it clear that there is an additional multimedia track to the CD, at least on the PC install. However, if you do a search for “Alarm” on the CD, you’ll come across a Quicktime movie of perhaps the best track on the CD and a pretty good visual explanation of why Claus isn’t competing in the pro skateboard scene anymore.
(346 North Justine St. #504 Chicago, IL 60607) 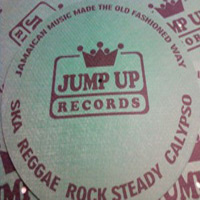 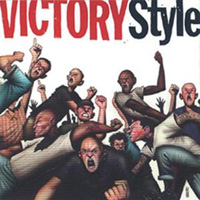 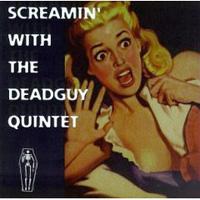