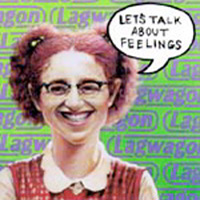 More than any other band on Earth right now (considering the break-up of Faith No More, the less-than exciting new material from Iron Maiden and Slayer, and the slowly slipping Bad Religion), Lagwagon, in my opinion, deserves to be called “the best.” No, I’m not crazy, although I might seem so to those who have always considered these guys nothing more than just another pop-punk band. For those non-believers, lend me your ears (uh, I mean eyes) for a while, and allow me to prove the validity of my claim. What most listeners fail to see in this masterpiece of a band is their ability to expand the world of melodies with each album, taking punk – hell no, the entire concept of pop – to new (yet still accessible) realms. With each release, Joey Cape and Co. have explored the endless possibilities of combining technicality, speed, groove, dynamics, word-play, harmonies, and vocal lines. With seven years of exploration behind them, I’m ecstatic to say that they have finally perfected it with their fifth and best record to date, Let’s Talk About Feelings.

From the opener “After You My Friend,” the band spits out twelve songs in twenty-five minutes, all of which are more poignant and dynamic than anything conventional rock bands create. Whether it’s the sheer velocity of “Leave the Light On,” the acoustic solace of “The Kids Are All Wrong,” or the emotional build-ups of “Owen Meaney,” Lagwagon taps into every melodic possibility and does so in the blink of an eye. What’s more impressive is that the listener is not left feeling empty afterward (which is often the result of short albums), but satisfied and breathless. Even with the band’s attempt to cover up their maturity and sensitivity with silly cover art and inlays, a peak into their lyrics reveals just how intelligent and insightful they are. I mean, how many punk bands can make a heart-felt observation like “Drama makes you livid and the nervous always laugh?” What about “Your broken record playing for none/fabricate song/amputated creative tongue?” Is that punk? Whatever it is, it’s this kind of eloquence that proves Lagwagon to be above the rest of the pack in any genre.

All in all, Let’s Talk About Feelings shows the band at the top of their game, fully in control of the musical style that they came out of yet unafraid to expand. By learning to combine the dizzy technicality of their earlier work (Duh and Trashed) with their vocal-driven, newer material (Hoss and Double Plaidinum), Lagwagon has perfected an adrenalized, meaty mixture that is both elbow-swinging fun and tear-jerking introspection. For anyone who has yet to experience the blinding power this band is capable of harnessing, I suggest you get this before your pathetic life ends. Believe me, going before you’ve had a chance to sing along to the ‘Wagon’s anthems at the top of your lungs would be the ultimate mistake.
(PO Box 193690 San Francisco, CA 94119) 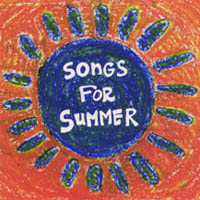 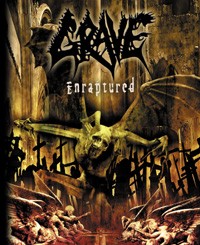