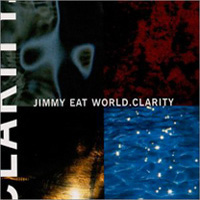 There’s no doubt that Jimmy Eat World is head-and-shoulders above the “emo” movement from whence they came. Instead of relying on lazy vocals and drowsy playing, Jimmy Eat World has taken the emotional level of regular emo bands to the next level by emphasizing structure and melody. Their latest release, Clarity, shows the band not only pushing the emotional limit of music, but expanding light years ahead of their previous work in terms of writing, recording, and overall vision. They’ve transformed themselves from a sophisticated rock band into a shape-shifting, multi-colored experiment. The result? Tear-soaked catchiness that permeates heavy rockers (“Your New Aesthetic,” “Clarity”) and quiet drives (“Ten,” “Table for Glasses”) alike. To sum up: the most moving, provocative, and rich record this year.

After a display of pure slickness and showmanship at The Middle East in Boston, guitarists/vocalists Jim Adkins and Tom Linton sat down to enlighten the rest of the world with their knowledge.

It’s been two-and-a-half years since your last record, Static Prevails. What was the delay?
Jim: We finished recording Clarity in June, but Capitol was wondering when they should put it out. Because we finished it during the summer, it would’ve been fall or winter by the time it came out. And that’s usually a pretty bad time for a new release (due to competition with Christmas releases). They (Capitol) were doubting us.

Tom: It’s funny because then we put out the EP on an indie (Jimmy Eat World on Fueled By Ramen) and it started getting radio play. Capitol had nothing to do with it, but after that, they were like “we were behind you guys the whole time!” I guess they decided to put it out right after that.

Jim: I mean, I don’t blame them. We knew what we were getting into. They’re going to gravitate to whatever makes the most money with the least effort instead of artist development. All major labels are like that. But as long as they’re stoked on us now, I’ve got no problem. 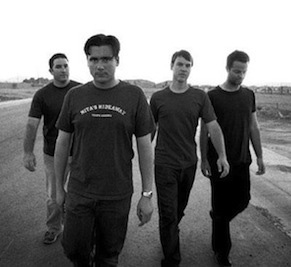 How has Capitol been overall in the last two, three years?
Tom: They just leave us alone.

Jim: We fly pretty low under their radar, which is a good thing. They just give us money to record and tour.

How did the deal with Fueled By Ramen happen?
Jim: Our A&R person (at Capitol) signed Less Than Jake, so we got hooked up with Vinnie and John through him.

Any chance your older stuff, full-lengths and 7″s, might be re-released through them?
Jim: Well, we’ll probably do some sort of a singles comp down the line, but not now. And I’m not sure it’ll be on Fueled By Ramen.

Tom: For now, we’re gonna have mp3s of the older stuff on our website.

I noticed that Tom sings a lot more on the older stuff, and now Jim seems to sing everything. Why?
Tom: (jokingly) Well, I’ll tell ya: I suck.

Jim: We took a band vote…

Jim: (serious) When we started writing songs for the new record, I tried to distance myself by having a side project. Tom was in it, he was going to play keyboards, but trying to coordinate a band practice with seven people was just impossible. So that quickly dissolved, and I showed the Jimmy Eat World guys the songs and they liked them. A lot of the songs I had already written, vocal melodies and everything. A lot of that material ended up on the new record.

As far as composition goes, what’s the process like?
Jim: It changes. Sometimes I’ll bring in something that’s totally done on my four track…

Tom: Sometimes we’ll hash it out from scratch. It depends on the day.

And here’s the dreaded question: It seems a lot of bands are getting on the whole “emo” bandwagon. You seem to be lumped in there as well, despite the fact that most emo bands don’t have the structure and melodies you do. Where a lot of emo bands have sloppy riffs, you have distinct pop melodies…
Jim: (pauses) I think the term “emo” has gotten way out of control. When we first started out, “emo” was interchangeable with hardcore. Being emo meant hardcore with a lot of screaming and spoken word; guys rolling on the ground, breaking shit and crying (laughter). Now emo can mean anything from Rites of Spring to Christie Front Drive. It’s just as dumb as calling something “alternative.”

How do you see yourselves?
Jim: (fist in the air) Metal.

Jim: It’s hard to label your own songs. We just play. I mean, if I take a step back, I can see certain things we do often, but… (long pause and more contemplation) “Simple music, elaborately prepared.” 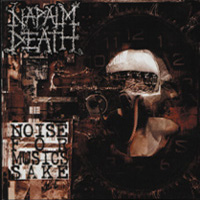 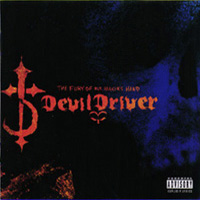 Devildriver – The Fury of Our Maker’s Hand – Interview 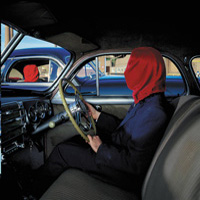