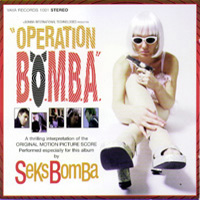 As perhaps one of the most distinctive bands in Boston, Seks Bomba have released what I believe is their first full-length CD. Surprising seeing as they’ve been playing for almost four years (mostly at The Lizard Lounge but with a record release at The Linwood that confused the “where we gonna go now that the Rat’s gone?” crowd as much as the local college trash looking for a watering hole to crawl into to forget that their diploma is the most expensive wall hanging they’ll ever buy).

Seks Bomba combine surf, spy, exotica, rock, lounge, and soundtrack-sounding instrumentation with a sense of humor and awesome musical ability without ever seeming like a joke or some kinda musicians’ musicians prog group. They go down as smooth as a perfectly-mixed Tanqueray and tonic (or a martini, but I refuse to be that pretentious), but they get the blood pumping like plenty o’ punk bands wish they could. And unlike the tired rehashing of outdated rebel stance, Seks Bomba do it with style. And before you get any ideas about the band being some dashing young wagon-jumpers who used to play punk, then ska, then swing, and have now settled (temporarily) into this hybrid hoping to get on the cover of Alternative Press lookin’ all swank’n’shit, date models, and get signed for an outrageous sum of money by some major trying desperately to figure out what that oft-sought-after demographic “the kids” wanna hear before the bottom falls out and the band is dropped, thus having to get another facelift and new wardrobe, allow me to tell you, the band members are all respectable, long-time Boston musicians who’ve been entertaining audiences with interesting, eclectic music for years. (I’d call them scenesters, but that evokes imagery of the self-proclaimed “popular clique” who’ve yet to get on with it or give up and hang around with resumes of prior failures pinned to their shirts like badges of honorable mention.) Seks Bomba have mastered the delicate balance of being serious musicians who love to play fun music with humor and a great sense of the visual and concept without ever being gimmicky, a one-joke stand-up, or camp-for-camp’s-sake losers you wanna beat with a stick.
(www.bomba.com) 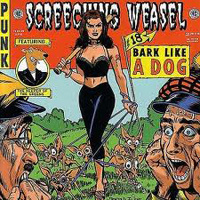 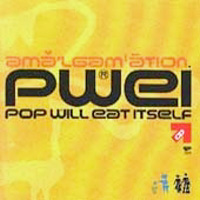 Pop Will Eat Itself – Amalgamation – Review 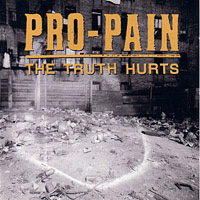