So this is MTV’s idea of youth rebellion, huh? Fuckin’ scary. Reminds me of a NIN show I saw in some coliseum in Worcester (pronounced “Wuh-ster,” or “Wuh-sta” if you live there) where all the “freaks” and “rebels” dyed their hair with Kool-Aid so it’d wash out later, swayed and slammed courteously, and broke the rules by smoking in a designated non-smoking area. By setting ridiculous rules for proper behavior, one can now be a rebel by performing a mundane act. And that’s what Varsity Blues is all about. These guys are the hellraisers in their town, and cuz they’re the football team in an area that doesn’t have much in the way of entertainment, they get away with anything. Too bad no one has any cool ideas on what to get away with. Although the scene when the one amphetamine-popping hellion with the funny hair (spiky in a kinda ’80s jock way, but when it’s between that and a Dawson Creek “star” and a bland representation of each stereotype, you take what you can get) steals a cop car, picks up entirely too many good looking girls, and cruises around naked, that was kinda cool. And the fact that they got away with it, while unrealistic as shit, was pretty cool, too.

So Varsity Blues is the story of a pretty boy, second-string quarterback whose dad’s pressuring him to be better than he ever was, his friends are all about partying and the game (only one person ever gets laid), and the coach (Voight, in yet another powerful role) is a mean, fascist prick who addresses a pep rally crowd with a vaguely Nazi-ish salute. Yeah, that was subtle. Mox (Beek) gets his shot when the QB gets hurt, and then he’s a star. His cute yet bitchily wholesome girlfriend turns on him cuz he’s fighting the inevitability that stardom turns people into assholes, the QB’s ex- is seducing him with the whipped cream bikini trick (they sit and talk on the sofa as he turns her down), and the coach, well, he’s being an abusive, over-driven fucker. Stupid details include the fact that he’s got a great arm, would rather go to college because of his brains (yet has sat on the sideline every game), and is pretty unconvincing as a rebel leader. When he takes a stand (as you know he will), he does it at the last minute when the cards are stacked in his favor. A pleasantly unnecessary detail is that his younger brother is a religious fanatic, straps himself to a cross, and later starts a cult with the neighborhood kids.

The characters are cardboard stereotypes that go through regular life, rebel in boring ways at safe times, and end up in the same place as if they’d never fought the good fight in the first place. The end was the same, but the means were their’s and not someone else’s. For whatever that’s worth. It’s a nice change of pace from other late ’90s teen movies where whining losers win whatever doggy treat they’ve been griping about for two hours, but if you think this is the story of one man striking out on his own at all costs, you’re setting your standards far too low. But why not?, MTV obviously is. 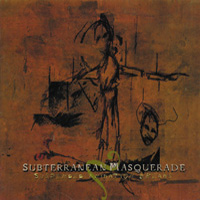 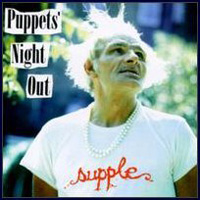