There’s something disturbing about viewing a movie that features the SNL Studios logo on the screen before the credits appear. A foreboding sense of doom overcomes even the most optimistic movie fan. Unlike some of the quality fare from the first and second wave of SNL alumnus movies (Blues Brothers, Ghostbusters, Trading Places), the recent crop of flops seem solely intent on making borderline humorous skit personas that they’ve milked more than a Jersey calf be as funny to you and me as it is to them. Have they seen the box office returns for Stuart Saves His Family? They need some serious help in the form of divine intervention. What’s that you say? They can’t get that? Well, how about an uptight girl in a Catholic school? I guess that’ll have to do.

Our forlorn heroine, Mary Katherine Gallagher (Molly Shannon), has high hopes of taking her untapped potential out of her tiny hometown of Besamee Heights right to the big time. She wants to sing, she wants to dance, she wants to act. In short, she wants to be a superstar. Unfortunately, because she has been labeled a dork (which she is), she doesn’t get her chance to shine. Worse yet, the man she’s been lusting for, gawky school stud Sky Corrigan (Will Ferrell, absurdly double cast as the love interest and Jesus – now that takes some directoral grapefruit down in the nether regions) seems to be perfectly content with his perky girlfriend Evian (Elaine Hendrix). Due to Mary’s absurd behavior, including fighting with Evian, making out with trees standing in for Sky (there’s something I bet some reviewer’s written before – Will Ferrell acting like a piece of wood) she is banished to the special needs group where she becomes their surrogate den mother. Longing for her first kiss and big break all at once, Mary sets her sights on the Venerial Disease Awareness Talent Show. She figures if she wins first prize, Sky will just have to dig her. Geez, I wonder how this one’s going to end up.

I’m almost embarrassed to admit this, but the movie kind of grew on me while I was watching it. The idea of a klutzy outsider suffering through humiliation only to prevail in the end has certainly been done to death, but there are worse movies of that ilk out there (there may even be worse examples in the SNL catalogue). Director Bruce McCulloch (Kids in the Hall alum) gets a few laughs out of the story, including Mary’s parents being Riverdanced to death, Harland Williams as a psycho/quasi love interest, and Tom Green talking without a vibrator in his hand. Sadly though, he wastes his friend and fellow Kids in the Hall alum Mark McKinney in the role of Father Ritley. But this movie isn’t about performances, it’s about the basic message (I can’t believe I’m treating this as a cross between a real movie and life in general) that everyone deserves a chance, no matter the assumed disability. Now if the folks at SNL Studios would just let the people step out of the hackneyed characters and develop something on their own (see Adam Sandler and Mike Myers) they might have a few hits on their hands. 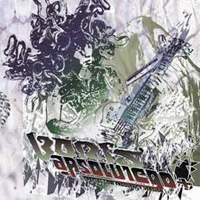 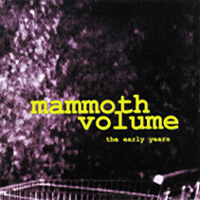 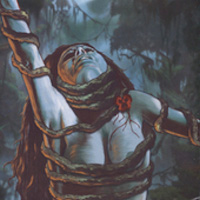