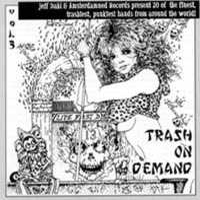 Jeff Dahl and Amsterdamned Records Present 20 of the Finest, Trashiest, Punkiest Bands From Around the World (Amsterdamned/Ultra Under)
by Jon Sarre

Possibly cuz he had some kinda court-mandated community service or somethin’, Jeff Dahl has committed a mess o’ hard-to-find sleazy punk cuts from around the planet (just like the title says) to shiny CD format. Now you can impress all yer friends, just like Jeff probably does, with yer knowledge of obscure rockabilly bands from Northern Ireland (The Saberjets!), or unknown Iggy covers (really good take on “The Passenger” by Japan’s Joe Alcohol And The Hong Kong Knife) or, speaking of Iggy, bands who took their names from Stooges songs (Belgium’s Shake Appeal, not to be confused with Shakin’ Street – not on this comp – who took their name from an MC5 song and were from France, now I’m fuckin’ doin’ it!). The better-knowns speak for themselves, Austin’s Bulemics on an alt-take of a cut from their Old Enough To Know Better… Junk LP, Black Market Babies (of Vancouver, Canada) and their glammy Stiv nods, Texas Teri And The Stiff Ones “res-erecting,” to steal a term from G.G.’s brother, Merle, “If Looks Could Kill,” The Jacobites’ Dave Kusworth clearly enunciating “Sympathy For the Devil” and Dahl himself on an unreleased chestnut from his latest Triple X release, All Trashed Up. To Dahl’s credit, there aren’t many dogs on this thing at all, even most of the “never heard of ’ems” rock righteously, like Philly’s revved up 440s, ex-Slickee Boys Kim Kane’s Date Bait‘s retro Monomanisms, Virginia’s Black Jesus, this crazy pidgin-speaking Japanese gent called Freddy Lynxx, Argentina’s Killer Dolls, Chinese Takeaway (from Sweden) and their countrypunks, The Crooks. How’s that for truth in advertising?
(www.triple-x.com) 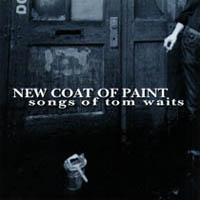 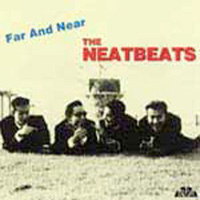 The Neatbeats – Far and Near – Review 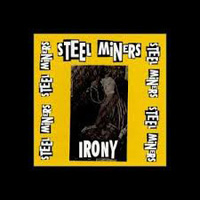