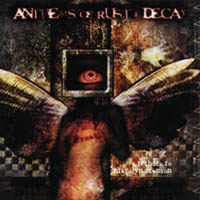 A Tribute to Marilyn Manson (Dwell)
by Scott Hefflon

Dwell’s on and off, to say the least, but I think they may have something here. Trouble is, I’ve never really intentionally listened to Marilyn Manson, though I’ve enjoyed sitting through their songs and thinking I really oughtta absorb their work someday. Cuz there’s no such thing as a casual Marilyn Manson fan, is there? I think the man/thing is very, very silly, yet often borders on genius. He’s either savvy enough to feed us exactly what we want when we want it, or he’s instinctively clued into something that, when manifested, fills a hole we’re only just beginning to notice. Again, I don’t want to know which.

So I don’t know most of these originals. Nor have a heard of many of the bands offering tribute (sacrifice, one might exaggerate). But how’s it sound to the casual listener? Pretty dark, weird, aggressive, and diverse. That’s good, right? Some tracks are whispered schlock, some are ambient nightmare, and some sound like mediocre metal with all knobs turned to 11 layered with lots of loud dance beats and various “spooky” sounds thrown in to draw attention away from the fact that the band is pretty uninteresting. All the effects in the world can’t save a boring song. But I think the songs are pretty sound (so to speak), I think it’s that some of the bands suck. Or both, who knows? Proceed of your own free will… Tantrum-throwers: American Head Charge, Bile, Broke Box, Luxt, Alex Xenophon, Ophelia Rising with Adominable ID, Shockwerks, Needulhed, Nocturne, and Razor Smile with Robert “Spooky Kid” Pierce. Great interior artwork, by the way.
(PO Box 39439 Los Angeles, CA 90039) 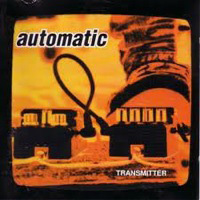 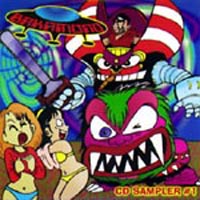 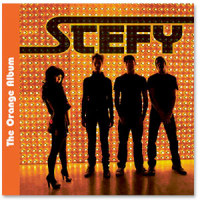