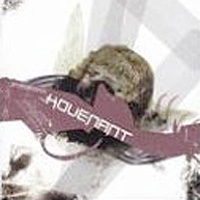 Like many black metal bands, you’re line-up is filled with members and ex-members of other bands. Do you think that it’s good, that it uses only the best, or do you think it’s a hindrance, kind of making the whole stew taste the same?
It’s a little of each. Having too many of the people in too many other bands kind of erases the identity of each band… If the same few people write the music for five different bands, they’re going to be greatly influenced by each other, and that’s not cool. Because I’m not involved with any other band, I think we’ve been able to maintain our own sound and style. But again, bringing in people that have experience in other bands makes certain things much easier. But there’ll always be the hassle of time schedules and people leaving for tours.

But to an extent, member swapping is a trade off for finding the best people who can play this music. Do you ever get the feeling that the positions are being filled by the same people, thus keeping the next generation of players from getting their shot?
That’s certainly an issue. We have so many obligations as our own band that we’re really starting to move away from using other people in bands. There are a lot of bands that now seem like a few key people and a whole bunch of session players… But we’re getting to a point, at least here in Europe, where we’re focused the whole time on this band.

Are you the founder and driving force behind the band?
The guitarist, Lex Icon, and I founded the band. Most of the ideas and philosophies behind the band are ours, but it’s always going to be a group thing whenever you’re in a band. We try to be a full unit as much as we can. 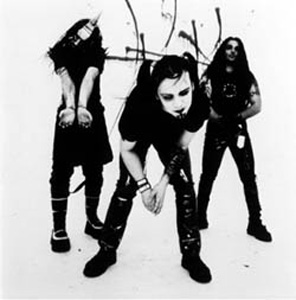 While what you’re doing has its roots in black metal, you take it in a much more industrial direction. What was the original idea, and how has it evolved?
It’s hard to describe, of course, because it’s mostly subconscious. But if I had to point to something as the inspiration, I’d say it’s that for some time we’d been very obsessed with science fiction, universal topics and themes, and the future. We’re very futuristic in that we try to create things and be original and push things forward rather than copying what someone else has already done. I think we’ve always had an obsession with technology and progress, but we’ve also been quite fascinated with doomsdayish…

Apocalyptic sort of…
Not apocalyptic in the traditional sense, the physical sense, but more in terms of the moral apocalypse, a mental apocalypse. I just had a revelation a couple of days ago after waking up from up from a dream… I’ve always believed that, to an extent, mankind is very brainwashed and indoctrinated by their society, but I suddenly felt that when you sleep, you’re receptive to the thoughts and ideas of aliens. Not so specifically as they’re telling you what to do, or putting ideas in your head, but that they’re monitoring and sometimes supplying impulses. During the day, you live and react with the morals and ideas you’ve learned — or been programmed with — and during the night, your mind works it all out, processing the information like a computer. I think people need to be much more self-aware, much more careful about what their ideas are and where they’re getting them. People recycle ideas and thoughts from others, yet they talk about individual freedom and free will. We are so controlled that the moment someone does something outside of the “normal” set of morals and ideas, they throw you in jail or lock you up in some way. 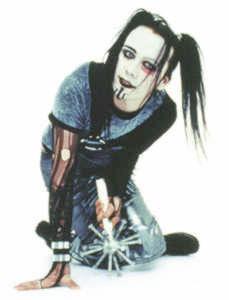 “They” being the group mind based on an idea that someone somewhere had, and now everyone blindly follows…
And it’s not even theirs, they simply recycled it and passed it along. It’s not that I recommend people become criminals, it’s that there has to be a personal rebellion against being indoctrinated. Much of this could sound like modern Satanic philosophy, but that’s not what we advocate.

That’s what happens when you give it a name: ideas become rites, philosophy becomes politics, common sense turns into law… Good ideas ruined by the small-minded trying to control and quantify them.
That’s so black and white. It’s simplifying everything too much. It’s thinking that there’s good and evil and that things are either one or the other. Yeah, I guess we’re pretty philosophical, and I think we have been for some time. The black metal scene is very like that, and I think it was a very good source of ideas for us.

Do you think the original ideas of black metal have been greatly watered down?
Oh, sure. When it began, it was about many of the ideas I just said: being an individual, rebelling against control, and not being a part of a group… But then black metal became a movement. People look the same, dress the same, and listen to the same music, and it’s ironic because anyone who tries to be an individual or rebel against the movement is then criticized. This group of black metal people are as conservative and indoctrinated as those they’re supposedly rebelling against! So it’s natural of us to break away from that group and just do our thing.

Do you consider yourself a black metal band?
No, not at all.

But you believe in a lot of the same ideas as the early black metal bands?
Well, that’s not something I give a lot of consideration to. We believe what we believe, and you can call it whatever you want. I’m not very concerned with the past, I look toward the future. 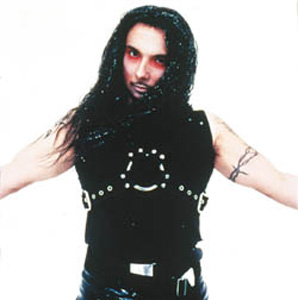 Your sound and image has a bit in common with, say, Rammstein and KMFDM (MDFMK) as well — industrial, electro/metal, whatever.
Definitely. We’re quite aware of the German crossover metal/electronica scene, but we’re not quite on the level to tour with Rammstein. A lot of people say our images would work together as well, and that concerns me. I don’t see what we do as an image, because that implies that it’s fake. It’s really just a visual representation of our selves…

Metal went through a phase of shaggy hair, tee shirts and jeans, and now it’s spiky hair, tattoos, and brooding photos…
We’re a band who’s not afraid of the visually creative aspect, because it’s part of the message and it represents our ideas… It’s not like it’s some fake image to sell records and sell designer clothing.

Who would you like to tour with?
I’d go for more performance-type acts. There’s a Swiss band, Bogus Blimp, that’s very interesting and their brain waves are similar to ours. Ideally, we’d like to bring Jim Morrison back from the dead…

Really, I wouldn’t’ve picked up on him as a big influence.
Sure, I’m influenced by The Doors… Or I thought so until I read William Blake. Everything I liked about The Doors was from the poet William Blake. I was really upset at first because they were so glorified and not the source of what appealed to me. I also like Nick Cave, The Birthday Party, David Bowie, and Morbid Angel.

What are your physical surroundings like?
I live on the second floor of a house, it’s an apartment. And I don’t own a car because I think it’s one of the subtlest forms of control. When you drive, there are very specific rules you follow without question. There are specific paths you have to follow, specific speeds you cannot exceed, certain distances you must allow between yourself and the rest of your environment. And there are many, many rules on how to interact with other vehicles as well as where you can leave your car and how long you can leave it… There are rules you obey to gain the freedom of motion, but you give up so much more freedom without realizing it. 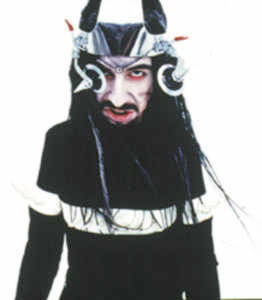 I try to be observant of my surroundings, and I enjoy projecting them forward into the future. I’m very interested in post-apocalyptic settings, like something out of Mad Max: glass and steel and shit and dirt and violence. The future in which the world has totally gone wrong. I like the idea of The Matrix, but it wore out its one idea… And I like the dark aesthetic of Blade Runner. And I like the comic book Sandman.

Do you watch a lot of movies?
Yes, but I don’t treat them like a brain-feed… If they’re well-done and have intelligent ideas, I like them, but Lex Icon is more the movie person. I like ideas, whether they’re in songs or movies or books or whatever. I don’t have a lot of time to read anymore — aside from the instruction manuals for the equipment we’ll be taking on tour — but when I was younger I read a lot of Steven King and Clive Barker.

Do you watch the news or read newspapers?
Well, I try to keep track of what going on around me, but most of it is a whole lot of nothing.

Do you get into new technology and scientific breakthroughs and stuff?
Oh sure… We’re drawn to it and we’re interested in it, and we also use it because of the band. Computers and musical equipment and tools for communication and space exploration… I’m still waiting for the day when we finally develop the means to understand alien communication… It won’t be as black and white as people think. They won’t necessarily be friend or foe. And there’s nothing saying they’ll even be physical in a way we understand. That’s still thinking of the future and the unknown using our own limited perception and understanding. I don’t see human evolution and progress following the same conditions that exist today. We currently only use about 20% of our brain — that fact alone…
(www.nuclearblast-usa.com) 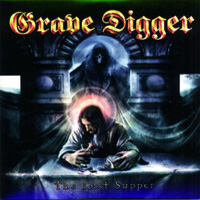 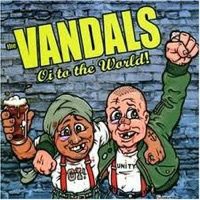