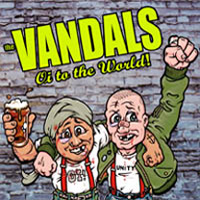 Oi! to the World (Kung Fu)
by Scott Hefflon

Oi to the World was a great record in ’96 when it was originally released (officially called Christmas with the Vandals), and it’s even better now. Evidently, distributors and stores returned unsold copies of the record immediately after Christmas, not realizing it wasn’t just yet another hoaky batch of some shithead bands covering Christmas standards. Nope, these are all holiday-oriented originals (and twisted ones at that, as you’d expect from The Vandals) covering such topics as “Thanks for Nothing,” “My First Christmas as a Woman,” and “Christmas Time for my Penis.” There are others, of course, but you get the gist. Other nice touches on this repackaging are the new artwork, the cleaned up remixing, and the addition of the orchestrated overture at the end. You know the type: A Hooked on Holidays-type medley of all the melodies on the record littered with all sorts of dorky countermelodies and fun sounds.
(www.kungfurecords.com) 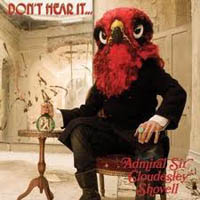 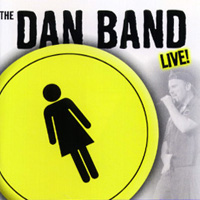 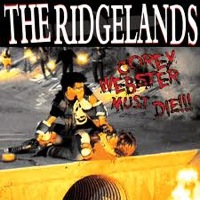 The Ridgelands – No Luck At All – Music Stream