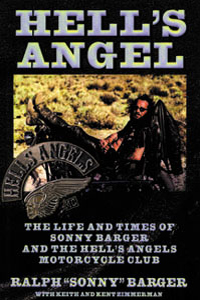 This is an appropriate book for anyone who embraces the art and style of rebellion. If any American subgroup has a handle on nearly institutionalized rebellion and advanced fuck-you, it’s the infamous Oakland chapter of the Hell’s Angels. This book is by their principal officer and proponent, Sonny Barger, who put the initial F in fuck you.

While Sonny was neither the first nor last to head up the presidency of the Oakland chapter of the Hell’s Angels, he was one of their most outspoken and enduring representatives. He joined them in 1957 and had a lot to do with shaping their image through forty years of tumultuous times and inflated press. Their exploits and social impact are legendary, and more myths surround them than known fact.

Make no mistake, Sonny will never be a talk show host, and he’s not a writer. His delivery is very meat and potatoes. It’s probably a lot like sitting around a bar with him as he reminisces and sets the record as straight as he can. Who knows? Is he glossing over the worst memories such as the needless deaths at the Rolling Stones Altamont Concert? Is his memory selective about the great riding buddies that have passed away or gone away? How did he support his outlaw lifestyle with no apparent job? What’s left out or re-colored for the law enforcement authorities that he sees behind every tree?

I say let him ramble; let him recall old friends, wild parties and his tough stand-up attitude toward law authority. There’s little enough comparable material written from inside the outlaw motorcycle community and it well deserves a few pages of indulgence. With small exception, the few other insider books have been worse written or of dubious authenticity.

His constant bouts with the law get a little tedious and if you deleted all his expletives, it would shrink the book noticeably from its 259 pages. He leaves out all the inner structure of the Hell’s Angels and there’s nothing much for those of us curious about the organization, their interaction with rival motorcycle gangs (why rival? They don’t compete in any motorcycle meets…) or any motorcycle associations. In short, Sonny sees himself as a constant focus of law enforcement and he’s not putting anything in print that qualifies as whispered inside dope. Sonny has enough to haunt him.

His battle with throat cancer however was nothing Sonny could brawl his way out of. The Camel smoked on the way to surgery was his last foolish smoke of defiance. That seemed to represent the old Sonny, because the repaired Sonny is capable of a different type of bravery: self-assessment. “Sometimes the (radiation) machines would break down… I’d sit in the waiting room and listen to the older people bitch and complain while the children who were living on borrowed time laughed and ran around the lobby. It put things into perspective for me once again.” Aha! Sonny, we caught you slipping into wisdom. Who woulda thunk it?

At first, this simple read is the chronicle of a bad-boy bound to party and prone to reckless, outlaw behavior. Sonny seems often a man with too many fists and never enough handshakes. Something more than just that, however, seems to be at hand. Sonny’s love for road brothers dead and alive, his respect for what he would define as noble behavior, and his sense of honor have us linger with the man over another metaphysical round. Then too, his introspection focuses on his reality as a 60-something biker, and we see Sonny mellow and grow. Who knows? His best years and observations could be up ahead. 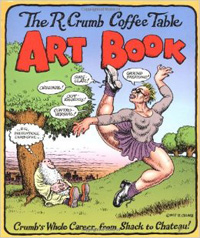