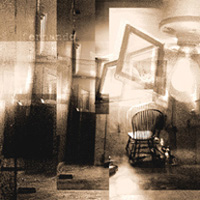 Dreams of the Sun and Sky (Domingo)
by Jon Sarre

Portland, Oregon’s fave Argentinean-born barrio bard returns with a slow change-up of melancholy sun-baked ballads (which may not be the right word, but there are some in there), better yet, sorta Gram Parsons or Townes Van Zandt post-folk country-flavored gems that got a hazy glow to ’em, sorta like the sun comin’ up after a long night – “Killer Waits” and “The Fly” are especially that way. Call this Fernando‘s “experimental record,” most of his previous stuff has been more uptempo rock, sometimes en español with clever alt-country moves, like more gutsy than yer Wilcos, but still not really a genre thing. Some of the stuff this time around recalls ’70s AM radio, but only the oddball stuff that somehow became hits with these pretty melodies (like on “Fade Out”), but these bummed-out lyrics with ominous organ sounds and kick drum breakups (see “Hold On”), or mebbe Roger Waters-era Pink Floyd covers that ya can’t quite put yer finger on (“Only One For Me”) or songs channeled via cowboys on the nod, dreaming opium dreams of ghosts in old Willie Nelson tunes (“Climb”).

When he wants more uptempo, Fernando nods towards precious Brit-pop, but still it’s stripped to basic elements and then accented with lapsteel, pedal steel, and autoharp (“Away”), or enhanced with kettle drums and power chords (“Greenfield”). “Blue Room” is the closest thing to a “rock song,” but it still has a lonesome quality right down to the “In My Room” referenced lyrics. If you’ve been clued in enough to hear some of his earlier releases like Old Man Hotel or Pacoima, you may not recognize Fernando right away, but after a couple listens, it’s a nice side-step. Supposedly the next one’s going to be half electric/half acoustic and all in Spanish. Olé.
(4110 SE Hawthorne Blvd. Portland, OR 97214) 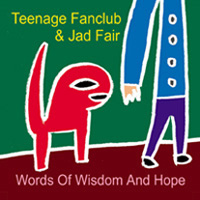 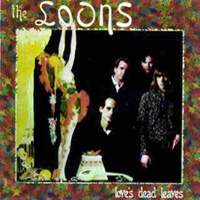 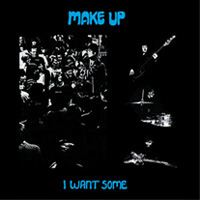 The Make Up – I Want Some – Review