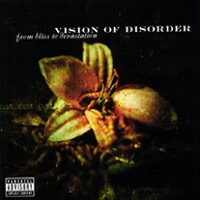 From Bliss to Devastation (TVT)
by Scott Hefflon

Damn, when did Vision of Disorder get so good? Long Island, NY’s V.O.D. have always been respectable, always ahead of the curve, but this is the first time I’ve stopped what I was doing repeatedly, reached for the remote, and skipped back to revel in a certain part again, to really wrap my mind around what the band just did, to thoroughly digest and appreciate it. And as I said, repeatedly, I’ve done this with From Bliss to Devastation. 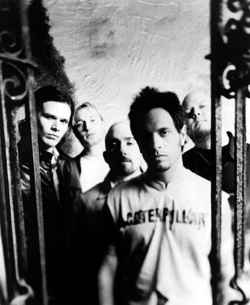 Another nice bit of spite is that Roadrunner is probably kicking themselves for letting these guys go. The band’s developed into exactly what Roadrunner have been searching for in all their piddle-in-the-pan signings. V.O.D. wipes the floor with Godsmack and Staind (even though I do kinda like “It’s Been Awhile” cuz it’s an overblown grunge ballad, and that’s what Staind are, a grunge rock/metal band). Without copying anyone very noticeably (unlike the previous two hotshots namedropped), V.O.D. blend elements of power and songwriting as diverse as The Beatles, Soundgarden, and Black Sabbath and make it their own. Song after song lunges, pounds, sways, grooves, or soars, each according to its own design, its own destiny (if you’ll excuse the hyperbole), each its own animal – distinct, powerful, and beautiful.

Unlike the usual scenario where a nü metal band sounds great but is, well, spiritually hollow (tastes great, less filling), V.O.D. nailed down the craft of writing first, then hired a producer to make their great songs sound the way they should. And man do these songs grab you and not let go! I hesitate to offer up such a lofty comparison here (longevity is a hard thing to predict), but I have to say, I really can’t think of so powerfully and end-to-end moving a record since Alice in Chain’s Facelift and Dirt. Probably moreso the former, simply because of the pure, undeniable, unapologetic bass-thudding metal of From Bliss to Devastation. When’s the last time most people could say, “Hey, that’s a great metal album” without a hint of self-consciousness? You don’t have to have tattoos all over your body or set off metal detectors at 20 paces with all the metal in your face to love this tension-filled, gut-wrenching, fist-clenching, accelerator-mashing tuneful slab of powerful rock.

Lyric sheets are provided, and for the first time in a year or more, I’m inspired to learn every word so I can belt ’em out in the “privacy” of my own car, the bass jacked, the woofers shaking windows, small animals whining and ducking for cover, and constipated people giving me dirty looks cuz they’re too goddamn old to appreciate great music when they hear it.
(23 East 4th St. New York, NY 10003)

8 Heads in a Duffel Bag – Review 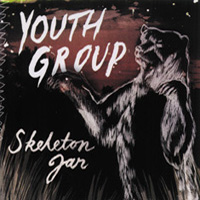 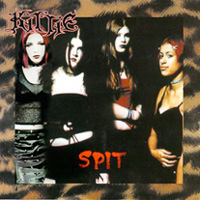