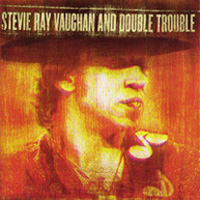 Okay, so this motherfucker could play the geetar good, but, shit, if it ain’t some of the most boring stuff this sidea B.B. King I’ve ever fuckin’ heard! Ya almost gotta pity this guy’s rhythm section cuz they gotta play essentially the same thing for seemingly hours on end whilst Stevie Ray Vaughan wanks his Strat infinitum ad nauseam. Hopefully they got plentya backstage gratis cocaine to keep ’em awake/make the whole thing worthwhile, cuz I couldn’t see sittin’ thru this shit without it, never mind havin’ to play with the ham. Ever wonder why Fat Possum Records exists? This is a good reason right here (and we can thank SRV for that, I suppose)! Freaky old dudes from the Delta who are anything but consistent must be the natural reaction to this yuppified classic rock masking as the blues and yeah, it’s a fucking pity that more people don’t pay attention, since for the majority of the population who think they give a shit, this crap is the blues! But lookie see, ya stick SRV’s “Give Me Back My Wig” next to Hound Dog Taylor’s (where SRV took it from) or Lightnin’ Hopkins’ (where Taylor probably got it) and ya feel like ya just watched that stupid fuckin’ Crossroads movie (the Ralph Macchio Crossroads, not the Britney Spears Crossroads… ah fuck, what’s the difference?) – ya know, the flick with that Steve Vai dork and that Ry Cooder sometimes dork (sometimes cuz he’s worked with both The Rolling Stones and Captain Beefheart, but on his own he sorta sucks) – like the real Robert Johnson/Willie Brown/Rice “Sonny Boy Williamson II” Miller story vs. the Hollywood story where The Karate Kid hasta bust the old guy outta the rest home and save his soul and ya realize that hell’s probably the better place to be. And if so, I hope Stevie Ray Vaughan went to heaven.
(www.legacyrecordings.com) 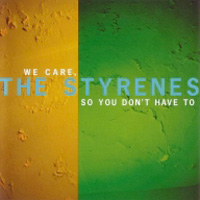 The Styrenes – We Care, So You Don’t Have To – Review 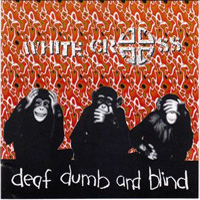 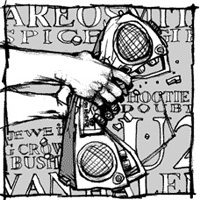