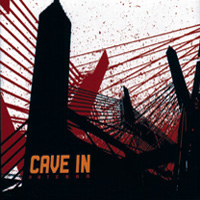 The moment of truth has arrived. Critics’ darlings and prog rock hopefuls Cave In have finally unleashed their major label debut, to a sea of what surely will be bickering idiots: “It’s too slick!” “It’s not prog enough!” “It’s not metal!” (that last one’s about five years too late). Will any one of these genre-following deaf motherfuckers spend enough time with Antenna (and away from Internet chat rooms) to actually dissect and analyze the work at hand? Yeah, and monkeys’ll fly out of my ass.

Antenna is Cave In on their own terms, doing exactly what they want, how they want it, kicking out a helluva arena/radio rock album. It’s the band ignoring the surrounding mob’s complaints and mislabelings, finding the perfect collision between their Rush-loving and their Zeppelin-worshipping, no-holds-barred ROCK. And they couldn’t’ve done a better job. “Inspire,” which packs a thousand “Immigrant Song”s into one, is enough to silence all competition on the airwaves. Along with the gut-wrenching earthquake of “Joy Opposites,” Antenna is already everything Cave In have promised to be: Preposterously grandiose, mind-bogglingly anthemic, and melodically untouchable. 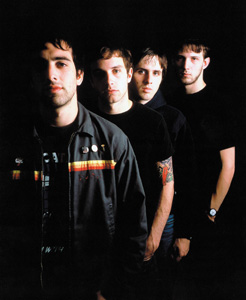 And while tracks like “Rubber and Glue” continue the album’s expected space guitar brilliance, it’s the second half of the record that completely changes your every preconceived notion/future prediction of Cave In. Everyone who thinks Antenna is the Cave In for years to come should get ready for “Youth Overrided,” an odyssey of pure emotional drive floating along like The Cure mating with The Jesus And Mary Chain. It forgoes gigantic climaxes, melodramatic vocals, and fretboard pyrotechnics for something much more stunning: Confidence and grace. The band has never sounded so at ease with songwriting; so prepared to again ditch their identity for an ever-better one. The “solo” in “Breath of Water” and the classical progression of “Woodwork” only strengthens the fact that Antenna is definitely not the end of the creative road for this band. If anything, they just might turn their prog/arena status on its head next time around. That thought alone makes this band one for the long haul.

But the album is, of course, not perfect: The first single, “Anchor,” is as noneventful and melodically boring as the song’s rehash of “Brain Candle”‘s drum patterns; the aforementioned “Woodwork” kicks off with a total Quicksand rip; “Seafrost” is four minutes too long (long, foggy ambience doesn’t equal artsy [or worth paying attention to]); the re-written ending of “Lost in the Air” is laughable (“what a day to be now… what a day to beeeeeeee!”); and, as usual, guitarist/vocalist Stephen Brodsky’s lyrics are gratingly flat. Cliches such as “crown of thorns,” “crawling on all fours,” and “take it to my grave” ultimately decrease the seriousness of the craftsmanship. Not to mention the obsession to end every line with “eeeeehhhhh” (as in “she had a lot to say-eeeeehhhhh/I’ll take it to my gra-eeeeeehhhh”)… after a few repeated listens, I’m beginning to see why many people dislike this band cuz of the vocals.

But all in all, the positives outweigh the negatives. Antenna is exactly what Cave In should be turning in for their major debut: Catchy, groovy, smart enough to be high art, primitive enough (in its visceral pummeling) to rule the masses. Consider the battle won.
(www.rcarecords.com) 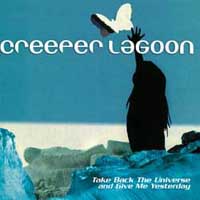 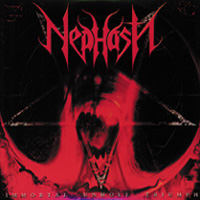 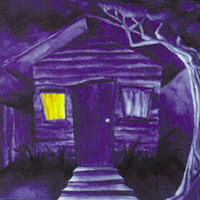