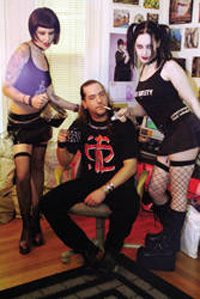 A lousy memory is sometimes a blessing in disguise. Especially if it comes disguised in a French maid’s outfit. But here I sit, the day before we go to press with our Ten Year Anniversary issue, running late as always, wondering how to summarize something that, uh, probably wouldn’t make sense, even if I could recall much of it.

Look at it this way: Ten years is the length of time from when you’re eight to eighteen years old. It’s the length of time some people go to high school, college, and includes their first couple years out there in what passes for the real world if you don’t look very closely. In other words, a lot happens; there’s growth and if not maturity, well, you learn how to fake it better.

Ten years ago, grunge was big, Clinton probably just came into office (I’ll leave that innuendo dangling), and I was sick of working in liquor stores and at awful telemarketing jobs just to pay rent on apartments with a rotating list of roommates, most of whom were as broke as I was. These are the days many look back on later as “the good old days.” While I don’t remember much, I remember being broke and frustrated and perpetually pissed off about something or other, but seeing as I’d felt that way all my life anyway, I didn’t give it much thought.

So when a friend thought it’d be cool to start a rock mag, while I doubt I leapt outta my chair to gush about what a great idea it was, I said sure. Why not? I wasn’t doing much of anything with my life anyway. Most of us were generally smart kids, creative in that kinda low-key way where yer always doing cool, dumb little projects just to avoid thinking about the futility of it all, and within the first year, pretty much everyone I started Lollipop with had written the two or three reviews they had in them, suddenly realizing that being creative on deadline is harder than it sounds. 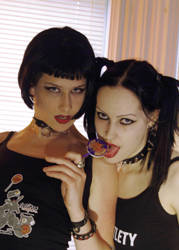 Simply put, Lollipop shoulda stumbled and crawled into a hole and died long ago. But momentum is a marvelous thing (unless you’re hydroplaning on the highway), and it turns out I’m a stubborn prick and hate failure. Who knew? I spent most of my life being told I was too bright a kid to be fucking up all the time, and living my “accelerated lifestyle,” that I’d be dead by the time I was 18. Then 21. Then 25. Then 30. Most of those naysayers shut up after a while when, out of sheer spite, I lived. Maybe I just stopped listening. Whether I ever got their respect or not, I don’t know or care. After a couple too many brushes with death, you either live a safe life, fearing death, or you tell death to go fuck himself, that you still have shit to do.

Take a wild guess which path I took… I took the road less traveled, and I got a few speeding tickets to prove it.

I’ve always joked that the biggest problem with Lollipop was that it was run by me. Ha ha, laugh and you’re fired. By this point, it’s taken for granted that I’m kind of a jerk, I have specific ideas on what we oughtta do and the way we oughtta do it, and if you don’t like it, you can go work for another mag in town if you can find one that hasn’t gone outta business yet.

Lollipop began as and continues to be mostly a very time-consuming, expensive project. If memory serves (straight-up, no ice), I got into this racket cuz it sounded like a way to write, to check out bands for free, to get illustrations done for stories, to get original photography, and to not have to get a real job. Little did I know I’d be working 60-80 hours a week for ten years for only a little more than I was making stocking shelves. But I don’t have to wear an apron. Well, not unless I want to.

If I had to pinpoint one thing that’s significantly changed for the better at Lollipop, it’d be that I get to waste more money on cool shit now. When people see that a scraggly, sharp-tongued little shit like me actually consistently pulls together a near-100 page glossy mag, they overlook the fact that I’m wearing the same clothes as the day before, and that my fridge is empty and my sink is full. Where once I rolled change for mac & cheese, I now blow hundreds of dollars on tee shirts so I can send them at cost to get hot, half-naked girls to model in them. Life ain’t so bad, ya know?

Recently, a lot of people have been telling me they grew up reading Lollipop. That’s kinda funny, seeing as I never grew up running Lollipop. 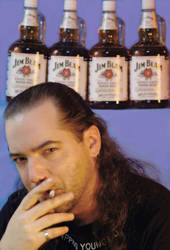 It’s all in the approach, I guess… Lollipop started out in a rapidly-getting-trashed apartment with far too many people living in close quarters. After our five year anniversary, by which time I’d almost put us outta business for the umpteenth time, I closed the office in Davis Square and moved it into a different shitty apartment with far too many people living in close quarters. After 15 roommates in five years, I finally got sick of covering other people’s bills so the utilities wouldn’t get shut off, and I now live alone, just me and my cat Ugh. The office is what would normally be the living room, and my big-ass TV is hooked up to a killer sound system (courtesy of Lollipop) in the bedroom, where I spend a lot of time stuffing CDs in polybags, mags in envelopes, and a lot of other things I’m not dumb enough to talk about in print. (I’ve had articles I’ve written used against me in court, so if you don’t think there’s a price to pay for having your say, think again. I’ve also been thrown down a flight of stairs, thrown outta every club in town, and been banned, booted, and boycotted for printing words, ideas, and images others find objectionable, but I look at it this way: It’s a fuckin’ rock mag. If it’s a safe piece of shit that doesn’t ever arch eyebrows or push limits, it really ain’t much of a rock mag.) Then again, I’ve had to jump outta two two-stories windows in my life, and I’ve been thrown out of moving cars a couple times as well, and that had nothing to do with Lollipop, so that’s just life, ya know?

In case you were ever wondering, no, Lollipop is not funded by anyone, and no, I’m not a trust-fund brat. Lollipop started with two grand of my own money, earned at $5.50 an hour, and now I pay that in shipping charges. Shit like that’ll blow your mind if you think about it, so don’t bother. Truth be told, I’m a workaholic, simply cuz I finally found something worth obsessing about. Most people are bogged down in bills and routines, and I decided I’d rather work until the sun comes up, barefoot, petting my cat, and running ideas by my trusted friend Jim Beam as long as I didn’t have to commute. No office politics, no competing over who can buy the best vacations, just work your ass off and then go get drunk and hopefully laid.

People probably expect a ten year anniversary rant like this to summarize the milestones or give credit where it’s due, so yeah, in a rare sentimental moment, I’ll make it clear that I know and work with some fine, creative, thoughtful, and intelligent people. I think most people are generally useless, get in the way, and talk far too much for what they actually say, but I’ve searched my whole life for peers, actual diligent, imaginative people with interesting outlooks on life and a work ethic I could respect, and I’ve found a dozen or so of them, and might even call them friends if I had to.

Lollipop was started by a handfulla kids with no technical training, we just learned as we went along. We kinda had a vision (or at least an idea, and probably different ideas, everyone doing it for their own reasons), and the rest we made up or faked enough to get by. And ten long years into running Lollipop, with more names and faces coming and going than I dare think about, I still just make it up as I go along. I wake up every day and just do what looks like it needs doing. I have no plan and no set schedule, so when people say the magazine’s come a long way or that it’s really evolved from the early days, I kinda have no idea what to say. “Yeah, and you let your hair grow out. It looks good.” I dunno, what? I don’t feel old, I don’t feel wise, I still fuck up, I’m just better at cleaning up the mess before people notice. Usually. We cover bands that seem to be doing something good or interesting, I sell ads that oughtta be in the mag, my assistant Tim gets the mag into stores where it oughtta be, Laura sticks commas where they oughtta go, and Dave makes the website kick ass. I don’t shy away from hard work, I don’t let people talk me into doing stuff I don’t wanna do, and I try to inspire others to push themselves to do the best they can.

I don’t take compliments any better than criticism, so if you like the mag – whether you’ve been reading it for a while or if this is your first time and you think it’s got a spark, an identity – cool, I’m glad. If it’s gotten better, well, technology helped, I picked up some tips along the way (I may be stubborn, but I’m not so bull-headed that I can’t learn new stuff, duh), and yeah, I have a good group of people who each do their part well, but really, I did the best I could then just as I do it now. I challenge myself as a person, and if that makes a better magazine, right on.

I hope you enjoy the magazine. I hope you find it entertaining and informative, that it voices a few ideas you had and wished someone would finally step up and say, or maybe it turns you on to some cool stuff out there.. Maybe you just like the pictures. Whatever. I enjoy making the magazine – I think the whole staff does in their own way, as much as we all like to bitch about it sometimes – and I still have a lot of cool ideas on little scraps of paper, so I’m far from done. 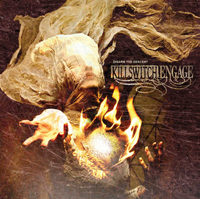 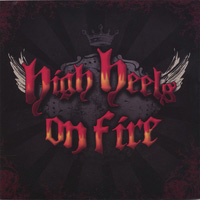 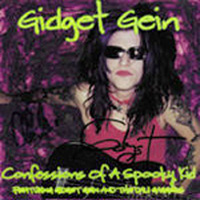