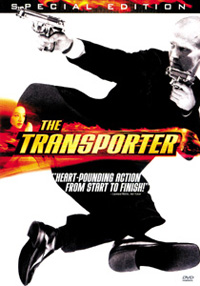 If the latest Bruce Willis blow-’em-up is a tad too cerebral for you, I humbly offer The Transporter, from the fertile (and exploding) imaginations of writer Luc Besson (La Femme Nikita) and director Corey Yuen. It features Jason Statham (Lock, Stock and Two Smoking Barrels and Snatch) as Frank, a big, muscular bald dude who seemingly never feels pain, or even gets particularly excited. He does, however, kick ass. A lot.

There is a plot (theoretically), but no one seems particularly worried about it. There are, however, lots of excuses for ridiculously spectacular car chases, Jackie Chan meets Charles Bronson karate fights, and, of course, explosions. Lots of explosions. Like, attacking two people with a rocket launcher kind of explosions. Boom.

Watching this with a couch-full of friends, only one criticism came up: Shu Qi, the female “lead,” keeps her clothes on. If you find the fact that I mention this offensive, you obviously are not in the market for this kind of flick in the first place, so move along. For the rest of you, The Transporter is an absolute blast, albeit somewhat pointless (unless, as mentioned previously, you’re watching it with some well-lubricated buddies). And speaking of well-lubricated, there’s a hilariously homoerotic oil spill fight that takes the film beyond mere dumb entertainment, well into Wile-E-Coyote territory. You half expect all the weapons and gadgets to come out of boxes with “Acme” on the side. Better dumb entertainment does not exist.
(www.transporterdvd.com) 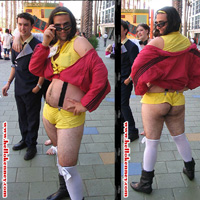