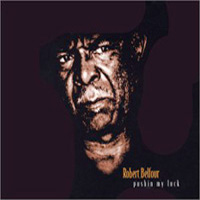 This stuff is country blues, acoustic guitar, sedate mutterings & rarely a standard 12-bar blues in sight. None of that SRV/Skynard/white boy bar band massacre of a pentatonic scale going on here. The good folks at Fat Possum have tried to track down the raw form, and it seems like they’re moving away (for now) from the gut-bucket sloppy blues of T Model Ford & company, and have found new styles, both fresh and resuscitated. 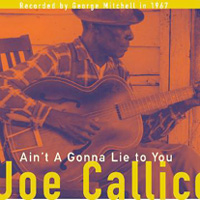 From newest to oldest is Robert Belfour, a northern Mississippian with a granite plucking thumb and a bourbon-drenched voice, the only one in this bunch with a drumset accompaniment. Pushin’ My Luck‘s style hits deep, a sound of long nights, too many cigarettes, and too many bad memories. The rhythms carve themselves into your heart, his voice pulls your head down into the world he sings about, mistreatin’ women mostly.

The next two were recorded in the same year, 1968. Joe Callicott isn’t the gritty Delta-style blues guy you would expect. His is a light, smooth style, not so much polished as greased. These archive recordings are clear & cleanly mastered, which while making Ain’t A Gonna Lie To You a lesson in clarity and precision, somehow detracts from the overall presentation. Perhaps it’s my own preconceptions of what it should sound like, but I found myself missing the tinny hiss of a bad recording, or the pops and scratches of vinyl. This is more like a Taj Mahal album – a fine recording, a great performance, but somehow missing the edge. 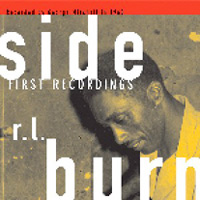 Heading in the other direction, edge bleeding everywhere, is R.L. Burnside. On his First Recordings, Fat Possum has released, well, his first recordings, before he started touring or recorded professionally. Even over 30 years ago, this guy just didn’t give a fuck what you thought. His rough delivery and staggering guitar throw the blues in your face and force you to pay attention. He’s got an attitude the size of a Mac truck, and a personality with enough power to knock you down. This is the raw element, where it all began, the fountainhead. Put down that Clapton record, pussy, and back out the door, slowly.
(www.fatpossum.com) 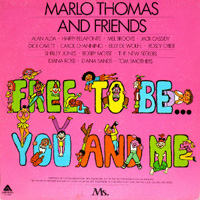 Marlo Thomas and Friends – Free To Be… You And Me – Review 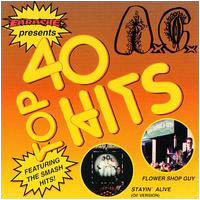 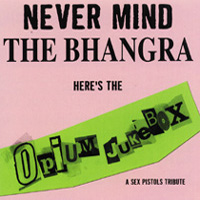