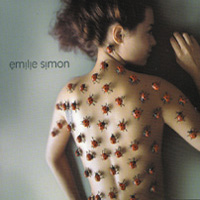 If I Believe (GIZA, Japan) is the fourth album by Japan’s increasingly popular Mai Kuraki. I really wanted to like it, but even after a dozen listens, it’s just not growing on me. I think it’s fantastic that she writes her own lyrics and doesn’t overdo the choruses-in-English thing that’s becoming all-too-popular in J-pop, but the songs simply aren’t all that catchy or even interesting. (The word boring comes to mind.) Although well-produced, the music still fails to suck me in. Could be that most of the songs just reek of R&B, a genre I’m not hugely fond of, but I’ve appreciated R&B tracks by Ayumi Hamasaki and S.E.S. – and Mai’s voice is very soothing – so I tend to think that the songwriting here simply needed to be stronger. (http://mai-kuraki.com. Note: You’ll want to install the Japanese language pack on your computer first, if you haven’t already, otherwise your computer will go crazy and instruct you to until you’ve done so or clicked cancel a dozen or more times.)

As proof that I am not anti-R&B, I will now praise Explicit Lyrics (Warner Music, France), the third album by France’s Ophélie Winter. (Lame title? Yes. But the words “explicit lyrics” on the fake parental advisory sticker have been coyly replaced with “love content,” which is as poignant as it is amusing, given the album’s songs of frustration and heartache.) Ophélie has ultimately been an R&B artist since her debut, No Soucy, but there used to be a heavy pop influence in her songs. Not so anymore, yet the material remains just as infectious. It kicks off with “Sache,” an addictive 2step-ish yet funky song that could go on for ten minutes and I wouldn’t tire of it. The beat hypnotizes you and you don’t want to snap out of the trance. It’s the sort of song The Neptunes have tried and failed to pull off with Britney Spears. “Party Now feat. Wayne ‘Tatz’ Beckford” is precisely the sort of yawn-inducing crap that keeps me from watching MTV here in the States, but Beckford also produced and co-wrote “Tout le monde le fait,” which basically means “everybody does it,” and I don’t think you need me to translate this to catch their drift: “bienvenue sur winter.com, définir ‘masturbation’: attouchement des parties génitales destiné a procurer le plaisir sexuel.” Hmm… Guess the lyrics are explicit after all. (www.opheliewinter.net)

When I saw Raphael opening for Vanessa Paradis in concert two years ago, he rocked. His debut album, Hôtel de l’univers, also rocked. His sophomore effort, La réalité (Capitol, France), however, does anything but rock. Produced by Jean Lamoot, the often piano-driven album has the vibe of a slow, droning Western movie. There’s also something very beautiful about it, the songs getting inside the listener’s head like unforgettable poems. With everything from the harmonica to Moog to Grand piano to Mexican bass, it’s a very textured work with lots of nuances you don’t hear until you’ve listened to the album many times. As if the wide variety of instruments weren’t enough, additional details are painted with samples. What I love most about the disc, which I suppose I’d ultimately end up classifying as folk somehow, is that every sound comes across as deliberate and vital. None of the textures seem pointless, and you get the impression that the songs all came out sounding exactly as Raphael heard them in his head. Lovely music for a mellow, contemplative Sunday afternoon. Although it just might inspire you to get up and travel aimlessly, particularly if you understand French.

The self-titled debut by France’s Emilie Simon (Barclay, France) is an electronic pop masterpiece sure to please fans of Ysa Ferrer, Silja, and Elfy. That she produced and programmed it – on top of writing most of the songs herself – makes her all the more impressive. Listening to this disc is like having a pretty girl whisper in your ear for an hour, her voice is so sultry and soothing. For proof of her brilliance, you need only hear her cover of “I Wanna Be Your Dog” by Iggy and The Stooges. (Imagine if Björk covered “Lust For Life”…) It’s so unexpected and unusual, yet… nothing short of delightful. She’s quite a visionary. She should tour – and, even better – duet with Raphael, because there’s a beauty in these discs that I just don’t hear in most music these days. It’s pleasing to note that French pop has taken a turn away from paint-by-numbers cheese, and apparently plunged into the realm of seductive art. Something like that anyway… (www.emiliesimon.com) 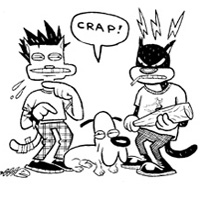 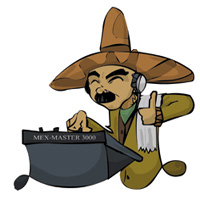 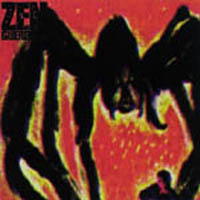