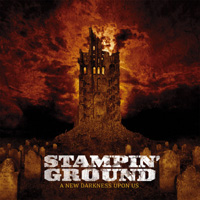 When we got the Carved From Empty Words CD a few years ago, we were blown away. Blown away enough to do a feature in Full Contact Magazine, in fact. Stampin’ Ground were the only worthwhile metal or hardcore band to rear its head outta the U.K., and a few years later, they still are. When the word hit that Stamppy was dropping their new disc, the staff here were vibrating with excitement. That excitement quickly turned to horror with the devastating news of the loss of bass player Ian Glasper and drumming god Ade XXX. After hearing the new CD, our fears were squashed by the band’s great followup, A New Darkness Upon Us. We jumped at the chance to get the word on the band from guitarist Scott Atkins.

Tell us about the new CD.
The new album is called A New Darkness Upon Us, and it was produced by Andy Sneap. For those who’ve heard Carved From Empty Words, this album is a lot more metal that that, with a massive metal production up there with bands like Machine Head and Pantera. Andy made us mould everything to a world-class standard. Every song has something different to offer, and it helps you stick with the record. We wanted to mature as songwriters as well as players, rather than just make a standard metalcore album. This one stands on its own two feet.

Stampin’ Ground found itself in a position where we didn’t want to rely on a scene or a hardcore following to buy our records. We wanted to appeal to a bigger audience without compromising in any way. It’s a hurdle most bands hit at some point or another, but we wanted to spread our wings and progress without alienating our fan base. Hopefully, everyone will see we are the same band, but better, and more honest with ourselves. 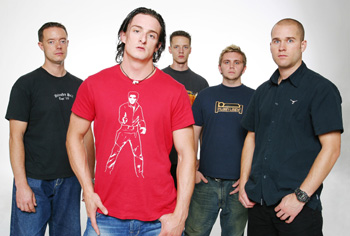 Back when Empty Words was being shopped around, Century Media passed on licencing the CD because, according to them, there was no market for “metallic hardcore.” So what changed their minds and got them to release Darkness?
Well, Kingfisher was our foot in the door at Century Media, which was their sub-label for hardcore bands. When we gave them Carved, they were blown away by the direction change, and from there, we moved to the main body of the label. I’m told that for some weird reason, the U.S. office were a bit wary of our metallic/hardcore style, but since 2000 when they turned the U.S release down, bands like Hatebreed have been kicking down doors. It eventually got released by Thorp, which is a growing label, and we played the East Coast including the New England Metal and Hardcore Festival, and we got great reports. I’m sure Century Media changed their minds right there. I’m not surprised by the change of heart. They told us two years ago the next album was definitely coming out on CM in the U.S, and we proved to them we mean business. Hopefully, they’ll crack the whip with the new one!

Many fans of Stampin’ Ground are also huge fans of drummer Ade, who “left” the band before recording Darkness. What’s the story behind his leaving, and who’s the new drummer?
Everything was going really well with the band when we wrapped up playing the final shows for Carved From Empty Words. We took the first break since the band formed to prepare for the next album. We started writing the songs in January ’02, and after four months of struggle, we knew there was a big problem with Ade and his playing. We tried to get him on track, but it was just not happening. The kick-ass drummer we’d had all along had lost the heart for the band. He’d gotten new interests, and the band was a major obstacle that he could do without. If a drummer doesn’t play it like he means it, the whole band suffers, and that was happening to us. By the time we got to the demo stage, Andy Sneap pulled us up on this, and we knew Ade had to go. It was major heartache because he’d been there from day one, but it was just one of those things. 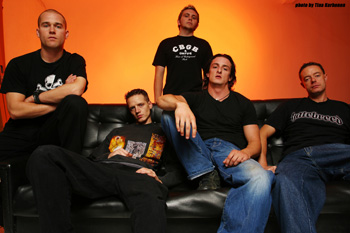 Finding a replacement was a challenge, but we knew who we wanted from the outset. His name was Neil Hutton, and he was in Benediction. Although we had loads of tapes, videos, and emails from interested drummers all over the world, we only tried a few out, because with Neil, it was all there right away. We’d met him while on tour the year before, and we’d seen him play in a side project he was in while his main band wasn’t touring. Needless to say, he was our man. His playing is so killer, we know we made the right choice. He’s a brutal player but is also really fast around the kit. Andy Sneap actually said Neil was the busiest player he’s ever recorded!

It’s made us a more groove-orientated band that’s tighter and more solid. Ade played by the seat of his pants, and although it’s great to a degree, we didn’t always know what was going on. He tore it up a bit too much, and he never played for the song. Neil made all the songs more song-orientated, with a more direct delivery. He still tears it up, but it’s more locked-in now. Being more locked-in lets the riffs come to life, and when you’re playing live, that’s really important. It’s like being a solid brick wall, rather than being a wall with fancy holes in it.

The new album is more mid-paced, but it does have its faster moments, like “Don’t Need a Reason to Hate,” “Bear the Scars,” and “Ashes to Scatter.” “Pain Is Weakness” tears it up too. Until this album, much of our set was blistering riffage with a few slower parts, and we needed to sledgehammer some riffs this time too. It wasn’t a conscious decision to slow down, more a product of how we wanted the songs to turn out.

Along with Ade, Stampin’ Ground lost original member and bassist Ian Glasper. Again, who’s the new guy and why did Ian leave?
Ian’s time was over. He was one of the original members, along with Mobs and myself. He’s got a million things going on: He’s a dad, he writes for Terrorizer, runs his own record label, and he works full-time, too. The band is going to take up a lot of time this year, and he just couldn’t do it, even though he really wanted to. The new guy is Ben Frost, who was in a U.K. metalcore band called Unite. His band has been good friends with Stampin’ Ground for over five years. Ben has even filled in for a few shows in the past when Ian couldn’t make it. He’s a really good all-’rounder who’s great on stage. Although we’ve had two major changes in the line-up in a year, we’re big time lucky to find two natural, equivalent replacements to maintain a killer line-up.

What are the tour plans, and do they include another trip to North America?
We have a tour of Eastern Europe in January, and then we do the U.K with Chimaira and Europe with Arch Enemy. That takes us to early March, where we have a gap, but it looks like the U.S. will be at the end of April, into May. Hopefully, we’ll hook up with a killer tour and do Canada, too. We’ve managed to go to the U.S. a few times before, and the response has always been amazing. I guess U.S metal and hardcore fans read up a lot on their music, and not so many European bands travel all that much. We want to do a full coast-to-coast trek that takes us everywhere. After all these years, we’re hungrier than ever!
(www.centurymedia.com) 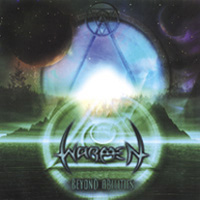 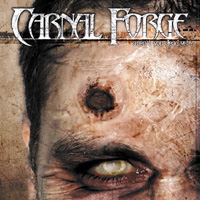 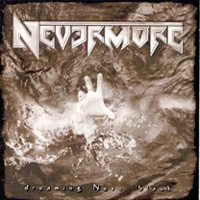