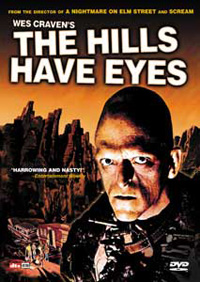 Slay Bells Ring… Are you Bleeding?
by John Bikowski

Just in time for the onslaught of winter holidays, Anchor Bay (www.anchorbayentertainment.com) has released the double feature of Silent Night Deadly Night one and two. I remember back in 1984 when director Charles Sellier unleashed the original film on a pissed-off public. The film was pulled from most theaters, thereby making me want to see it all the more. For some insane reason, my mother actually likes this film. I have no idea what she’s thinking, because it’s really a sleazy little gem and, of course my Mom… is not. Of course I like it, but my mother??

The story concerns an adorable little kid named Billy who goes on a Christmas Eve visit to see his comatose grandfather. When the adults are elsewhere, grandpa warns Billy that Santa is going to come and “punish” him. Seems the old timer is not only insane, he’s right. A low-life dressed as Santa stops Billy’s family on their drive home. The not-so Jolly St. Nick shoots Billy’s dad and then rapes and slashes his mom. Billy boogies into the night air and his baby brother is left behind. We then cut to several years later as Billy and brother Ricky are having a blast at the local orphanage. Every Christmas season brings turmoil into Billy’s brain and he gets in all sorts of trouble, spying on sexual hijinks and drawing nasty pictures. Mother Superior acts like a Gestapo and tortures Billy for many years. When we’re introduced to Billy the teen, we get a buffed-up macho man with a heart of gold who gets a job in a toy store. Unfortunately, Mr. Sims, the drunken owner, insists Billy play Santa for the kiddies. When the store closes, Billy witnesses the sexual harassment of his potential hot mama, and he snaps. Much death and carnage ensues as Billy pretty much wipes out the town one by one yelling “naughty” or “punish.” He finally gets the deathblow himself in an attempt to hack up Mother Superior. The axe drops to the feet of his younger brother, Ricky, who looks up and says, “naughty!” Could he be the next psychopath? You betcha, says the sequel.

Silent Night… one is loaded with classic moments brought to fruition, thanks to some seriously cheesy holiday tunes. Look for a nude Linnea Quigley getting impaled on antlers, a decapitated sledder, and more good times. The sequel follows Ricky on his killing spree, but is sprinkled with tons of flashback footage from the original. It’s not nearly as classic, but it still attempts to exploit the most beloved holiday of all time. Extras include an audio interview with director Sellier, poster and still galleries, part two audio commentary, part two trailer, part two screenplay, and Santa’s Stocking of Outrage. The stocking is full of hateful comments from parents and newspapers complaining about the blasphemous first film.

I’ve got to hand it to Anchor Bay, when they get their hands on a classic they do it up right. They aren’t pretentious enough to slap a couple of trailers and poster shots on a DVD in order to call it a “special edition.” Case in point, consider their acquisition of Wes Craven’s The Hills Have Eyes. This two-disc extravaganza is jam-packed with quality extras in a nifty gold-foiled box. The first disc has the widescreen presentation and offers an audio commentary with writer/director Wes Craven and producer Peter Locke. The original full-length film looks wonderful: Cleaned-up but not modernized. You don’t want to lose that ’70s feel, because it adds to the film’s power.

The second disc is championed by a great 55-minute documentary called Looking Back on The Hills Have Eyes. Featured are interviews with Wes and many of the actors, like Dee Wallace and Michael Berryman. They provide interesting insight into how tough making the film was, and about the fallout surrounding potential baby-killing. You also get a career retrospective called The Directors: The Films of Wes Craven. This featurette includes references to all of Craven’s other works like Scream and Nightmare on Elm St. and is highlighted by commentary by Courteney Cox, Robert Englund, and many more. One of the coolest extras is the near ten-minute alternate ending. You also get trailers, TV spots, behind the scenes shots, posters and storyboard art, a Wes bio, the original screenplay, screen savers, and a glossy booklet. If you like this film, buy this DVD now.

If you’re unfamiliar with the film here’s a quick synopsis. The Hills… is basically about two families and their interpersonal ups and downs. More succinctly, one family wants to eat the intestines of the other family. The cannibals are inbred psychopaths with names like Jupiter and Mars. The nice and normal family of potential victims are vacationing in the California desert with their camper. Unfortunately, they have a massive breakdown and find themselves at the mercy of the marauding nuts. The premise begs the question of how far “normal” people will go to protect their loved ones. If you’ve ever watched the news and had those feelings of “if that criminal ever did that to my daughter, I’d rip off his arms and legs and throw him in piranha-infested waters,” then this film will grip you. This is a masterpiece, creating a scenario in which the viewer can relate to the victims. They’re quite likable, and you really don’t want to see them hurt. So when the father and mother are tortured and mutilated, it really hits home. And there’s no looking back. While watching the standoff against the repulsive murderers, you definitely get drawn into the tension. This is not the case with dozens of others films that have tried to copy The Hills… In comparison, you just cannot truly care about the fate of a bunch of wise-ass teenager models. The Hills… has a nice payoff when the remaining “normals” turn the tables on the attackers and go on a violence spree of their own. Justified and entertaining, the way I like my gore. 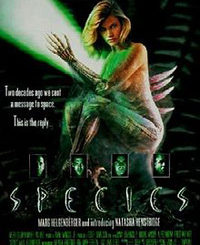 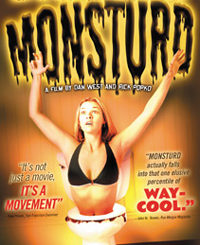