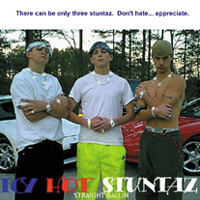 If you’re as big a dork as I am, you might’ve heard of the Icy Hot Stuntaz. They’re kind of a running gag in some Internet circles, a trio of hysterically deluded Middle Class white kids who have earned a reputation as, uh, “Straight Ballerz.” Mean-spirited as it may be, I just can’t help but snicker like a mental patient when I see three zit-encrusted sixteen year olds covered in “bling” (I think that’s what the kids are calling it these days) standing in front of a group of riced-out cars their parents are probably still paying for, trying to look tough. Dear God.

The IHS have been the subject of many an Internet punchline, not to mention more than a few smart-ass Photoshop projects. I didn’t realize they actually had a full on website, though. 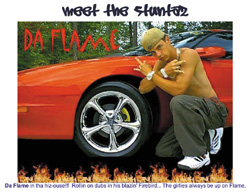 Warning visitors “Don’t Hate, Appreciate!” the site is… well, actually, outside of some amusing pictures and quotes, not much. But it does raise some interesting questions: Did the Rolling Stones look this ridiculous when they covered “Little Red Rooster”? Was Elvis this much of a clown? Were the MC5 this lame? Did Ten Years After come off this limp? No, No, Hell No, and…uh, yes, actually. Looking through the poorly shot and hastily arranged Web pages here, I wondered…

Whites have appropriated Black culture for decades. Perhaps not morally defensible, but the end product hit a lot more often than it missed (or at least it seems that way, from here on my couch in 2004). Rap has been a popular concern since at least the mid-’80s. That’s TWENTY YEARS, and the best we can come up with this time around is some goon from Detroit who gets bitchslapped by a dog puppet on national TV. At what point did we stop trying to appropriate, and start trying to emulate? More importantly, when are we going to stop?

We have truly hit the ass-end of our culture. Give the Stuntaz a visit and check out the wreckage.

KINDA LIKE: If the kid flipping burgers at McD’s was delusional.
www.icyhotstunta.com 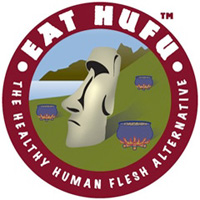