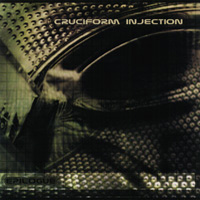 I was told that the sound of Chicago based Cruciform Injection‘s fourth album, Epilogue, was to be a step beyond the industrial dance mold that the band is usually known for, and while the 10 tracks chosen were narrowed down from a selection of 30 tracks originally written, all fit the form and aesthetic of EBM/industrial dance. Nothing is truly a departure from their earlier work, which might be a good thing if you’re a devoted Metropolis Records fan. Epilogue is a more subdued, moodier record than their previous albums, one that is clearly influenced by the ongoing Iraq War. I suspect the moody sound was a result of contributions from two new members, Brendan7 and Kassi Cork, and the disc being given extra production by Oliver Tarancweski (of Evils Toy, T.O.Y., and Re/act) and mastered by Guido Fricke of Haujobb.

Remixes appear, as they have on their previous two releases. In this case, there are five remixes in all, three of the songs from this release (“Reducer,” “Comatose,” and “Vacant Bodies”), a new one that doesn’t appear anywhere else that I know of (“Let It Die”), and a Neuroactive remix of “Significant Refuse” from their second album, Response Stimuli. The bright spots are the club stomping tracks “Reducer,” “Vacant Bodies,” “Paralysis,” and the darkwavish “Dark House.”
(www.negativegain.com) 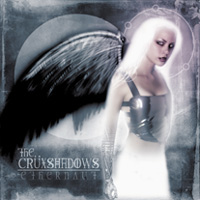 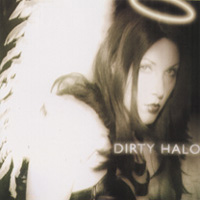 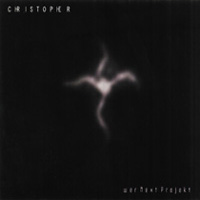