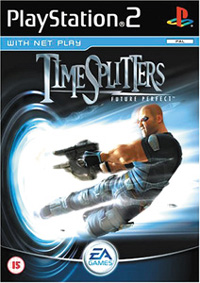 Controlling a curiously Vin Diesel-looking time traveler named Cortez, you jump from level to level through wormholes, those crazy portals people in movies jump into and come out the other end knee-deep in pterodactyl dung. The overdeveloped plot has you chasing an evil time traveler to prevent some future conflict, but it’s best to just go with the flow in whatever time period the level dumps you out into.

Once there, Cortez often has a guide to help him along the already incredibly linear levels, which range from futuristic sci-fi battlefields to 1969 Russian military barracks to moving trains. There’s no exploration to be had, which is fine since many of the levels are so graphically drab that you wouldn’t want to explore them, and further, exploration in first-person shooters often means insipid puzzle-solving or backtracking which take precious time from shooting stuff, the real reason you’re there.

That’s not to say you won’t have to do some incredibly stupid stuff, such as hunting around for water gauges and fumbling through rudimentary brain-teasers to prevent missile launches. But the focus is on the action, which is unremarkable. The controls are solid and the interface is smooth, but the action is largely gunning down sporadic enemies who’re never overwhelming or creatively assembled. Obligatory vehicle and sniper diversions are likewise uninspiring. 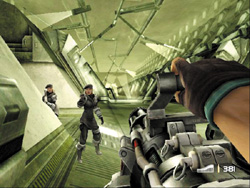 Weapons are another missed opportunity. You’ll get your hands on a good variety of time-appropriate firearms (futuristic blasters, Soviet rifles), but considering how cool the weapon designs are in other high-profile first-person shooters, those on display here are a drag.

Since TimeSplitters is an entertaining game, the fact that it doesn’t stand out is really a testament to the high level of competition in the field. For Xbox users with Halo, Doom, and Unreal titles to choose from, it’s not nearly a contender. Even on Playstation 2, the recent Killzone, while far from perfect, is a step above this in style and substance.

Nonetheless, there are some moments that shine brightly. It’s hard not to enjoy picking off guards and eventually exploding a helicopter while riding atop a speeding train when nearby, on parallel tracks, your future self rages his own battle before hurtling himself back into a wormhole. For sustained thrills, though, look elsewhere.
(www.ea.com) 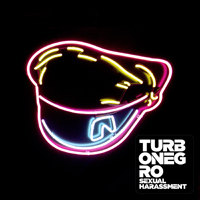 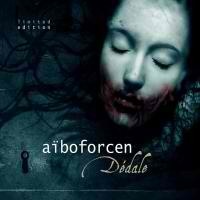