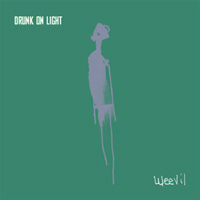 You know the feeling when you’re first smitten by something special – a girl, a new favorite band – and it’s barely possible to keep your mind on anything but? Weevil, a practically unknown duo from the UK, has become that “something special” for me these past two months. Out of the huge piles of CDs that I sort through each week, Drunk on Light floored me within the first two songs. And, dare I say it, reactions like these don’t happen to a “music journalist” too often after 10+ years of “discovering” new faves. I’m no longer as impressionable as I was when I was in my early 20s, and even releases that I’m über excited about (Doves, Idlewild, Lagwagon) have been approached with a complacent, “yeah, it’s going to be good,” “safe” attitude from my end. So when an ultra rare, face-meltingly astonishing new band/album comes along, it’s all I can do to keep my underpants tidy. No joke, Weevil have emerged out of nowhere to take the lead on my top 10 albums of 2005 list.

Think The Notwist, except less dry/detached. National Skyline, except with even better melodies/harmonies/vocal performance. Of falling in love for the first time, and the warmth with which it covered your body. The ache you felt when you were away from him/her. The indescribable, age-worn wisdom in a grandmother’s love. The yearning for a childhood that you’re slowly beginning to forget. Abstract descriptions? Sure. But Drunk on Light is that special kind of album that connects to the deepest human emotions in you: An experience, rather than musical components that one can easily dissect and analyze. It wields a cosmic universality that’s able to wash over any kind of cerebral reaction you might want to utilize when faced with it, but there’s nothing you can do other than welcome the ocean of feelings it evokes.

The best albums – the timeless ones, especially – are beyond smart chord structures, geeky engineering secrets, and abundance of hooks. While Drunk on Light has plenty of all three, their union has made an absolutely unique, gynormous dent in my subconscious. This is an album I will hold onto for as long as I can foresee: A companion for future love affairs, heartbreaks, friendships, introspection, regrets, and everything in between. 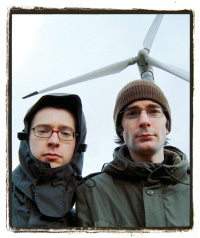 How long have you been together, and is this your full-time gig, or do you have outside jobs that you consider first priority?
Weevil formed in 1999. In the beginning, it was just three mates, bored with much of the current music scene, getting together once a week to record and try and find something new. We released a single on our own label in 2001, a mini album on Wiwaya in 2002, lost a band member to a Ph.D in 2003, and released our first proper album, Drunk on Light, in 2004. Weevil is a major part of our lives, but we both do other things outside of it. Tom’s a digital artist who shows stuff round the world as Nullpointer, and I write music for dance pieces, short films, and teach sampling and computer music to kids.

The two of you come from different musical backgrounds, according to your bio. So how do you go about constructing songs? Do you write on traditional instruments and then “translate” the song into a more electronic state? Or vice versa?
The roles used to be much more defined. I would play stuff on various instruments, and Tom would destroy the sounds in the computer, then we’d build tracks, layer by layer. But now we both play a bit, program a bit, sing a bit separately, send CDs through the post, and get together at our studios.

How do you perform live?
At the moment, we’ve got two set ups. One is just the two of us with samplers and keyboards – which is a much more beat-driven, synthy sound, and the other is a five-piece with guitars, keyboards, and drums for bigger gigs, when we can actually fit us all on the stage!

Who do you consider your peers in the UK and the current music scene in general?
A short list of favorite bands would be Hood, Lali Puna, Fog, The Postal Service, Bark Psychosis, Sufjan Stevens, Will Oldham, Dizzy Rascal, Mogwai. I could go on for the rest of the page. 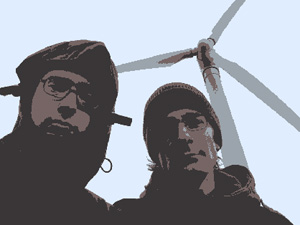 How did the deal with Apple’s OS 10.4 come about?
They just phoned up, liked the track, and we agreed they could use it.

What would you say is Weevil’s #1 goal in creating music? Self-expression? Deliverance of some sort of social message?
We’ll always try for something new. There’s more to songs than just chords and melodies. We think sounds can say as much and make you feel as much as tunes, and lyrics have to be as honest as possible, so we both keep diaries of thoughts and feelings. You lay yourself on the line this way, but hopefully, you can connect with people more directly if you do. Connecting with people is an amazing thing.

How important is it to you that music be progressive instead of “retro”?
You can’t help being influenced by other bands. My formative years with music in the early ’90 will never leave me. Bands like New Order, My Bloody Valentine, The Pixies, Red House Painters, Ride, etc. But the spirit of all these bands was to make “new music” rather than copy older bands, so we hope to do the same. I don’t get new bands imitating bands of the ’60s and ’70s when they weren’t even alive at the time. Weird.

Immediate future plans?
Find the right label to put the new record out. We’re both working on side projects as well, so get these going and then have a cup of tea and take the dog out.
(www.wichita-recordings.com) 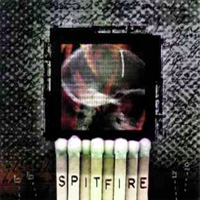 Spitfire – The Dead Next Door – Review 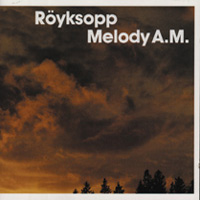