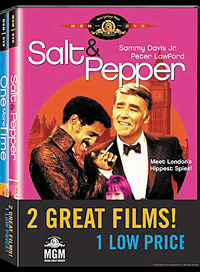 Talk about cheeeeesey!!!! Richard Donner’s 1968 film Salt & Pepper takes you on a wild goose chase that somehow manages to be really entertaining. Unlike some movies and TV shows (anything and everything on the WB comes to mind), the cheesiness didn’t make me want to sigh, cringe, or vomit. Instead, I just couldn’t stop laughing because it was so awesomely ridiculous! They really didn’t leave anything out: Sword fighting, secret spy action, bombs, nuclear arms, corpses turning up all over the place, and a cartoonish chase scene where the title characters’ bright yellow car shoots out smoke, oil, bullets, and nails at the assailants (the main one, of course, is a big, scary-looking bald guy who’s pretty much mute throughout the movie). Some scenes might as well have been animated. The movie is also fun in a retrospective way, as it contrasts the “swinging” part of the ’60s with highbrow London society; the same contrast is also obvious between the title odd couple: Salt (Sammy Davis Jr.), and Pepper (Peter Lawford). Although the DVD doesn’t have any special features, the movie was enough in itself. What would Donner say in a director’s cut anyway, “I got the idea for this scene from Looney Toons“?
(www.mgm.com) 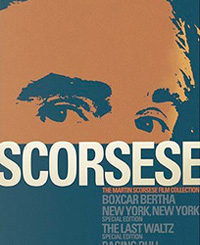 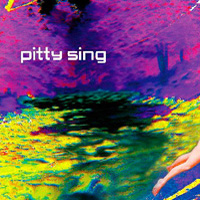 Pitty Sing – Demons, You Are the Stars in Cars ‘Til I Die – Review