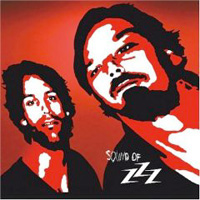 If there’s one lineup combination that’s in relatively short supply among rock bands, it’s the keyboard-and-drums two-piece. Because so few bands choose this lineup, the tendency is to immediately assume that any new band with such a lineup will sound like the others, so when I heard about ZZZ, I pretty much expected something along the lines of Suicide (who actually used a drum machine, but still, I’m working with a small pool of influences, so cut me some slack, eh?) or the Screamers.

While there’s a certain vocal similarity to Suicide (both singers prefer the sexy croon pioneered in rock music by Elvis Presley and later co-opted by Lux Interior), it became obvious pretty fast that ZZZ is a very different animal from either of these bands. ZZZ almost entirely lack the angry confrontational edge of either band, choosing instead to tread upon territory that is almost, well, there’s no other word for it, dancey.

This is not to say, however, that it’s the sort of antiseptic crap that you hear booming out of dance clubs. Between the crooning, sometimes Gothy vocals, the echo-laden drumming (sounding so huge, I suppose, to fill some of the gaps left by the absence of stringed instruments), and the varying keyboard tones (sometimes sounding like a ’60s garage-band farfisa, others almost like a wah-wah guitar), it’s pretty hard to view this as anything but rock and roll. Let’s not forget, after all, that rock and roll, at its heart, is dance music.

The question of whether or not Sound of ZZZ is any good is a more difficult one to answer. After all, with so few similar-sounding bands with which to compare, it’s a bit difficult to place it in any sort of context. However, regarding it as pure rock and roll music, I’d say it succeeds in many necessary areas. The songs are never less than decent, drummer Bjorn Ottenheim (who also doubles on vocals! Singing drummer!) lays down a fine, greasy beat, and the vocals are compelling. Having said that, I don’t see myself listening to this too much. I guess my streak of traditionalism is a bit of a handicap here, since I just can’t get over my addiction to stringed instruments in rock and roll.
(www.howlerrecords.com) 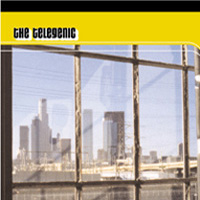 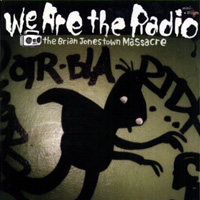 The Brian Jonestown Massacre – We Are the Radio – Review 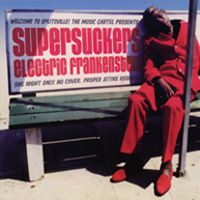