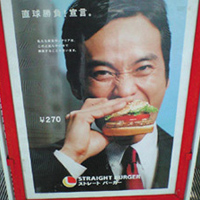 A year in a foreign country, and what does it get you? A healthy dose of culture shock (the thing, not this column) and a bit of embarrassment at the kind of things you thought before you became an expat. And by you, I mean me.

What things, you might ask? Well, you always romanticize what you don’t understand, but once the veil of incomprehension clears way, you start to see things for what they really are: Stupid. I’m the first to admit that I’ve got issues with second languages and deciphering foreign perspectives, but the undeniable truth is that Japan has dumbasses just like they grow ’em back home. They just take longer to reveal themselves to the Westerner, since there’s that whole “speaking a different language” thing.

Yes, the English can be crap here, but it’s just like the goons back home who get Kanji tattoos but can’t actually read them. It always seemed a bit silly to brand yourself with something you don’t understand. So if it’s dumb for the Americans, it would only follow that it’s dumb for the Japanese, right? I mean, if you’re going through all the effort and focus to professionally do something like print up a small paragraph on a small paper bag, wouldn’t you make sure it actually MEANT something?

It’s not all silliness, though. The rock is definitely alive and well (check out the Boris interview I somehow managed to score), but the wide-eyed wonder of last year has been replaced with rolled eyes and shaking head.

Twinkie Man got a girlfriend, so he’s gonna take a breather here. 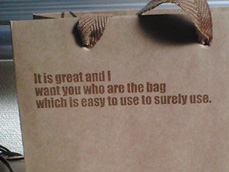 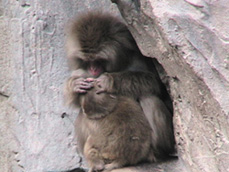 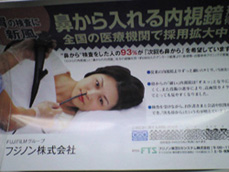 EVERY fetish is seen to here. EVERY SINGLE ONE. 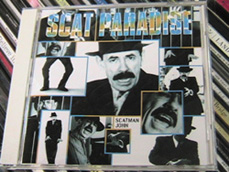 Really. EVERY SINGLE ONE. 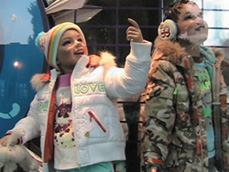 “Go ahead, sniff. Can you guess WHICH Grandpa this is?” 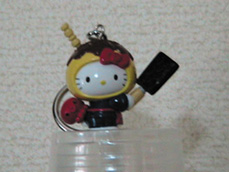 The much sought after “Cricket Bat with Spike In Head and Octopus Ass” kitty toy. 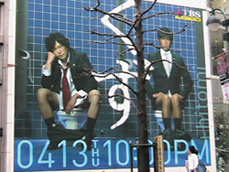 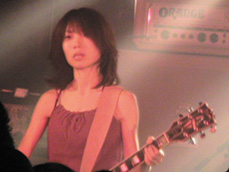 “Pink? Blue? Chartreuse? Aqua? Mauve? DAMMIT, what was it again?” 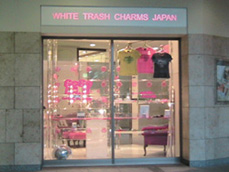 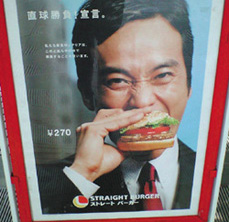 We must protect the sanctity of beef. 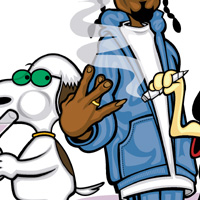 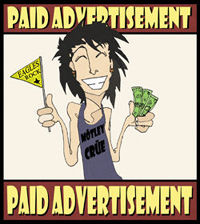